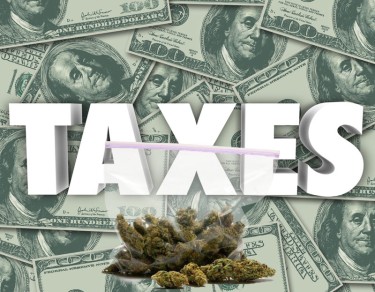 The vast majority of Americans want to have legal cannabis on a federal level – there are numerous polls that support this notion. The problem however comes down to “how” it is supposed to be done. For the past few years Senator Chuck Schumer has been the most vocal about legalizing cannabis on a federal level and has been attempting to push his cannabis legalization bill which aims to remove cannabis from the controlled substance act, while also creating provisions for minority business owners to gain easier access to cannabis licensing.

One would think that this would not have too much opposition, however, as of now – the bill has not gained too much traction. One of the main reasons comes down to taxes. While the senator might be well intentioned in his approach, his proposal of high taxation got a lot of flak from cannabis reformists.

According to an MSN article;

It(federal legalization) would land at 25 percent of a federal prevailing price, charged per ounce of product sold in flower form, or per milligram of THC — a psychoactive compound known to give marijuana users a high — for edibles, vapes and other alternatives.

Tax credits would slash rates in half for the first $20 million in annual sales, creating an effective rate as low as 12.5 percent for small businesses. – SOURCE: MSN

However, these taxes would solely be applied to recreational cannabis. Any FDA approved treatment would be void of paying these taxes. This could mean a significant boost for medical marijuana, but many advocates in legal states claim that this tax system will only continue to embolden the black market. In fact, since Canada legalized cannabis the majority of sales have remained a black market preference.

This is due to THC caps and excessive pricing – and the same can be said of California. California has a problem where it produces too much weed to be sold recreationally, and due to federal prohibition cannot export it to other states. As a result,  a lot of the weed continue to be sold on the black market and taxes is one of the main reasons why people prefer to buy from their dealer and not from a licensed store.

“As more and more states move to legalize cannabis for both adult and medical use, the federal government has an important role to play. Hundreds of millions of Americans live in states that have legalized cannabis in some form while it remains illegal at the federal level. This discrepancy leads to confusion and uncertainty and raises significant questions around criminal justice reform, economic development and small business growth, and public health and safety, all of which we believe require some type of federal answer,” – SOURCE: THE HILL

As mentioned, they may have good intentions, but if they are incapable of seeing how high taxes would act contra to their intentions – this bill is pretty much dead in the water.

GOP to the Rescue?

Who would have thought that a GOP sponsored cannabis bill would be the most comprehensive and clear cut road to legalization. Where the Democrat sponsored bill would want to raise taxes on cannabis up to 25%, the GOP bill places a 3% tax on cannabis and that way, maintain low competitive prices allowing minority business owners a fair shot at participation.

Whenever a Democratic bill wishes to “ensure social equity”, it almost always requires the creation of a new agency to handle those kinds of requests. As a result, it requires more tax dollars to fund those kinds of operations and in turn raises the price on the consumer. The consumer says, “Why buy legally when I can buy for cheaper from my dealer”. After all, the majority of the criminal penalties have been reduced to a misdemeanor meaning that even if people are buying an ounce off the streets – they no longer fear prolonged incarceration.

While I’m not arguing for longer prison sentences, I’m pointing out that when you raise taxes on cannabis and reduce penalties – you remove all incentives to participate in the legal system. I have long argued that the best approach would be to have two tiers of cannabis licensing;

Both of these would have their own tax regime, requirements, costs of operations, etc. However, I’d still argue that we should aim to keep the taxes as low as possible. With inflation reaching record highs, and the US economy suffering due to lockdowns, if the government places too much tax on goods such as cannabis we will only see a greater influx of black hat buying.

Think about it rationally, if you could save $20-$30 per ounce by buying from the street, pretty much have similar quality as dispensary weed and in many cases can home order your weed – wouldn’t you opt in for the black market stuff instead?

I know any person who feel that $20-$30 extra per week or month will help their bottom line would opt in for this option.

Keep it low…allow it to grow!

The Democrats love taxing the hell out of everything. In this case, being a Republican is better. Sure, they both stink – but when it comes to business you want to have a system that awards entrepreneurs, creates a lower barrier of entry and maintains low competitive taxation policies to ensure that the market continues to grow until it can handle heavier taxes. Right now, the market still has to migrate from the illegal to the legal, and excessive taxation will only choke the growth.

What’s the ideal tax rate for weed in your opinion? Let us know by commenting wherever you read this article.

If Cannabis is Legal, Why Is the Illicit Market Still Thriving? (hourdetroit.com)

MORE ON LEGALIZATION BILLS, READ THESE… 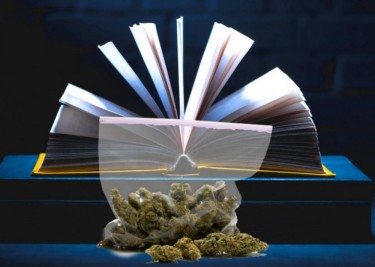 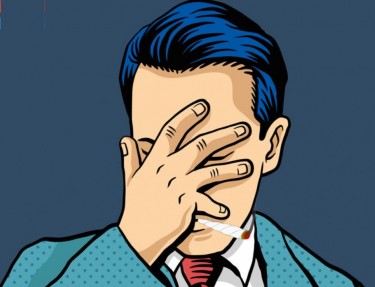 THE DEMOCRAT’S CAO MARIJUANA BILL IS FULL OF PROBLEMS, READ THIS!