At what point do you stop living your life and are really just “waiting to die”?

There is tipping point, a timeline if you will, that you go from living life and enjoying being alive, to just passing the days and the idea of death and dying might not be such a bad idea.  No, it is not a rush to suicide or rash and crazy actions, but a slow giving up on things such as your health, your doctor visits, and other minor details about life that helps keep us as far away from death as possible.

For some people the thought of “being dead” or “I just wish I was dead” is a lingering drum beat that grows louder with age.  Getting old his hard, young people just don’t understand. Everything kind of hurts a smidgen more each day, things get harder to remember, sunlight gets brighter, everyday activities get harder to do and take longer to recover from on a given day.  At some point, you stop living your life and start, “waiting to die”.  It can be simple things, like an uncle who has tooth decay and rotting teeth and decides to not get them fixed. At 70 he would rather save the money, even after you tell him dental infections can be dangerous at that age and lead to an earlier death. They just shrug.

Maybe you have a mother or father who starts skipping regular doctor visits, and when questioned say they are fine and have decided to go every other year now.  An amalgamation of decisions in the thought process that saves them 2 hours a year and $100, yet brings them 0.05% closer to death? Yes, and they decide to go with the 0.05% closer to death.

That is the point I am talking about.

The first or beginning phases of, “this decision, although minor, will increase my chances of death, but I am okay with it.” That moment, when the burden of life becomes 50.1% of a human psyche, and the “happiness quotient” of life goes to 49.9%.

What changes in that moment?

Is it too many aches and pains?  Too much “water under the bridge in life” of emotional and psychological pain to just continue down that river for another 35 to 40 years?

At some point, happiness loses to pain, stress, weariness, fatigue, and the “bad stuff just starts to outweigh the good stuff.”  It is private decision only known to one person. No grandparent or even parent will tell their grandchild or children at the family dinner, “I would just rather be dead at this point, love you all.”  The younger generation would be devastated and feel in secure, why doesn’t Mom or Dad, Grandma or Grandpa want to stay alive? Aren’t I worth it, I am alive, and they are saying they want to leave me for good?

At some point happiness wanes in a human life.  A majority fight for it and try to get it back.  A second marriage, a new sportscar or house, the fight to stay young with exercise or Botox injections.

Ahh, we hit on something.


We all try to stay young.  Whether through Botox or the gym, we all want to recapture our youth, or is it our happiness?  Does youth equal happiness? Of course not, but what is it about youth we all fight so hard to get back and stay with?

Is it love?  Is being in love happiness?  People in love seem so happy, and as all the songs will tell you, all you need is love.  Do you remember being in love?  The first passionate months, the vibration of new love between two people falling head-over-heals in love and how that feels.  As life slowly moves forward, love wanes, and the flames dwindle without a huge commitment from two people.  Would the honest divorce rate be around 80% if, after being locked in a house for 2 years with your spouse, assuming money and kids played no factor in your decision?  Does anyone love their partner after 2 years of COVID quarantine?

Does being in love keep you young or does the appearance of youth help you stay and fall in love?

The COVID pandemic seems to have moved up everyone’s appetite for change, and with the financial hardships and emotional tolls of COVID, everyone’s “I would rather just be dead” clock seems to have inched up, as well.

Happiness may have a secret recipe involving youth and the energy of love, and as we get older, we tend to lose both. Is that when the first voice creeps into your head saying, “I wonder if just being dead would be better.  I am tired, I am old, I had my youth and my passionate love.”?

Adult life burdens you with responsibilities. You have bills, kids, a mortgage, health care for your elders, responsibilities of being a family member of adult age, disappointment, exhaustion, and a lack of future.

Ahh, another one, a lack of “better times ahead”, or a lack of hope for your own future. You have hope for your kids and grandkids future, but know deep down, you best half of live is behind you, physically, emotionally, and maybe even spiritually because now you start to see your own demise as coming sooner rather than later. You hit the 3rd or 4th quarter of life, and those are not nearly as fun as the first half.

Is that why it is so hard to find an adult who is happy?

White guys must be happy, they have white privilege, make more money on average then female and minority counterparts, and generally have the best set up you can get to “start the race”.  Nope, fastest growing group of suicide rates are among white men, 24 to 49 years old. Now, not all white men are wealthy and driving a BMW, but you get the point, if the guys with the best head start in-life just based on skin color alone can’t find happiness, what shot does everyone else have?

Talk to couples that have been married for 50, 60, or 70 years, they must be happy?  Turns out they will tell you stories about what a struggle marriage is sometimes and that “there were stretches of years where we fell out of love, and just stayed together because we didn’t have a choice back then”.  Sweet, so even if you make it to your jubilee wedding anniversary, you will have stretches of YEARS you were not in love with the other person, sounds like a great stretch of vacations and silent family dinners.

Just as our despair and pity party gets confirmed in our head, our thought process is broken by the flickering images on our TV and phones of group of dirt poor, ex-Soviet residents getting slaughtered as an aging Cold War dinosaur flexes their muscle one last time. If you are reading this article, you are probably using a nice $500 to $1200 phone to do it, or maybe an iPad, or for 14% of you, a laptop.  You must likely have an internet connection, some form of shelter, whether it is home, apartment, or condo. You have a fridge with something in it, maybe not a lot, but not empty.  You are now wealthier than 90% of Ukraine and probably 100% of the Russian kids known as soldiers who have no idea why they are being ordered to attack an ex-Soviet republic nation.

You are not wrapping your belongings in a bedsheet, grabbing your kids, or carrying them, for the 20-mile walk to Poland just praying that a complete stranger, but fellow human, will give you shelter and maybe food. Can you even walk 20-miles if you had to?  You have no money in the bank, nothing but a duffle back or backpack of your worldly belongings, and you need to get 20 miles ahead on foot or risk being bombed, shot, or killed as a family.

Humanity is under attack right now.

The lack of happiness permeates the air and hurts our souls at night because dirt poor innocent humans are getting murdered by other dirt-poor soldiers so that one country can get more rocks in the ground or an ocean view of the Black Sea.  Some people have said they weep at night for the Ukraine, even if they don’t want any news, because somewhere, somehow, we know that the slaughter of innocent people is tearing at our collective human spirit, we can feel it as humans.

It is unacceptable as humans.  Humanity, not necessarily countries, are taking matters into their own hands. Citizens of the world are headed to the Ukraine to fight and protest, pacifist from Japan are flying in to protest the tanks, citizens like Elon Musk are sending cutting edge internet technology, computer groups around the world are fighting cyber wars against Russia from their living rooms, Polish citizens are cleaning out their BJ’s and Costco’s of food and diapers and driving their minivans to the border to hand out food and supplies to refugees.

While you may think that no US boots should be on the ground, you are dead wrong. The next war, if there is one, will just be 6,000 nuclear warheads crossing paths over the Atlantic Ocean heading to North America, Europe, and Russia. As Putin as alluded to, WW3 won’t have boots on the ground. With Russia having supersonic nuclear weapons, meaning the warheads can reach the US in minutes, there will be no time to get troops to Europe and put US men and women on the ground. This is all of humanity’s war, not a Europe, Russian, or US war.

You want happiness as an adult?

One, find a purpose that helps humanity.  Be part of something bigger than just your singular self. Step up and help your fellow human beings that are being slaughtered by a madman live on your Twitter or Tik-Toc feed.  Give money, give time, find a way to help.  What is stopping you from going to Coscto, buying $200 in diapers and socks, and sending them to a Ukrainian mail drop or Polish shelter on the border?

Two, get rid of your own bulls$#$% story, it doesn’t define you.  Start a new story later in life as the guy who helps those less fortunate or volunteers at the library or school.  Your BS of the past is your crutch and why you get to through a pity party for yourself.

Three, go fall in love again.  There are millions of people in this world looking for a connection, doesn’t matter your age.  Ever heard of the crazy sex and STDs at nursing homes or assisted living facilities?  You can always find romance if you are willing to try again and get rid of your story from the past.

If you don’t know how to start, go watch videos of the Ukraine invasion, go watch families walking for 20 miles and apartment buildings getting bombed.  You will find your first step to purpose and then happiness soon after. 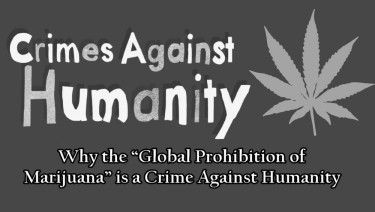 IS GLOBAL MARIJUANA PROHIBITION A CRIME AGAINST HUMANITY?

A Medical Marijuana Card with No Doctor Required?