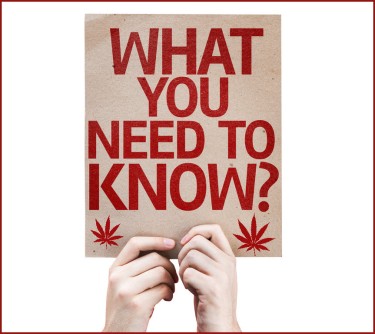 Cannabis drugs are federally illegal and are classified as Schedule 1 drugs in the United States. For a country where 35 out of 50 states have decriminalized or legalized the use of cannabis for medical reasons, this federal policy seems absurd.

Schedule 1 drugs are considered the most addictive drugs, and they offer no therapeutic benefits to users. Drugs included in this group include marijuana, psychedelics, and heroin. The illogicality of having cannabis on this list is that many studies have shown that the drug has immense medicinal value. Patients suffering from chronic pain, cancer symptoms, muscle spasms, and inflammation have shown improvements when placed on cannabis-derived drugs.

On the other hand, Schedule 2 is reserved for drugs considered less addictive and with little medicinal value. This is where the absurdity compounds. Cocaine is listed here. This implies that the Drug Enforcement Administration believes cocaine is less addictive and less dangerous than cannabis. Even though cocaine is a well-known, dangerous drug that millions have abused in different regions of the world,

The Controlled Substances Act was first approved in 1971. During that period, cannabis was widely prohibited in most countries globally, and there were misconceptions about it. Cannabis advocates tried their best to make the governments see reason as regards the designation, but they couldn’t.

Fast forward to today: countries like Canada, Germany, and Spain have legalized cannabis for medical use. At the same time, the United States government chooses to stick to its ancient CSA. The recent wave of cannabis support in the House and Congress has people looking for other means to shift the direction of federal cannabis laws.

In 2018, the federal government approved the cultivation, possession, and use of hemp through the Farm Bill. However, this has more or less thrown many stakeholders into a state of confusion over how CBD can be used. The federal government’s attempt to differentiate between cannabis and hemp wasn’t as successful as they thought it would be. Experts even revealed that the bill created a grey area for delta-8 THC and some intoxicating cannabinoids.

Cannabis industry observers and advocates suggest that rescheduling cannabis from schedule 1 to a lower schedule would be the best bet.

The efforts of Congress to decriminalize cannabis have been unsuccessful. Although the legislature would have been the best path to cannabis legalization, rescheduling is not a bad option. With congress, cannabis gets descheduled and decriminalized. However, with rescheduling, the drug remains a controlled substance.

The current political atmosphere suggests that the legislature might not be able to decriminalize the drug soon, with the presidency enacting policies that do not show that federal cannabis legalization is in the works.

Some cannabis executives believe that it would be best to reschedule the drug while Congress continues to try other strategies. Rescheduling cannabis to a lower level would make the drug more available for research. For legal states, it would increase the number of opportunities for resident pharmaceutical companies and marijuana businesses.

The Advantages of Rescheduling Cannabis

Moving cannabis drugs away from Schedule 1 to Schedule 2 or lower would positively impact the national cannabis industry.

Firstly, rescheduling will create more research opportunities for scientists and institutions. This would be the most positive impact of rescheduling. Pharmaceutical companies and institutions will find it easier to apply for licenses to study cannabis and its compounds. The federal requirements for this would also be reduced.

Dr. Steven Groff, founder, and co-chair of Groff North America, said that rescheduling to schedule 2 would serve as a short-term solution. But researchers would face fewer restrictions when applying for approval to carry out cannabis-related research.

The CEO of MedPharm, Albert Gutierrez, pointed out that more companies will be encouraged to apply for schedule 2 permits to conduct experiments on cannabis-derived products. MedPharm is one of the Colorado-based companies with DEA permits to carry out cannabis research.

Right now, only large-scale companies can afford to fund cannabis research. This limits the amount of information discovered about the drug. With the proposed paradigm, multi-state operators would also consider researching their most preferred formulations in search of ways to make the products fit for human consumption.

Rescheduling cannabis would reduce the stigma attached to the drug’s use. Medical doctors would finally be free to discuss cannabis treatments with patients before they get to the dying stage. These physicians will have fewer fears if they know that their DEA registration isn’t at risk.

It would be wrong to acknowledge the pros without considering the potential downsides of rescheduling cannabis.

The most important aspect is that rescheduling cannabis to the immediate lower level would not remove Section 280E of the national tax code. Except the drug is moved to Schedule 3 or 4, which is quite unlikely.

The Vice President of Columbia Care MSO, Adam Goers, said that the massive disparity between state and federal cannabis laws wouldn’t be resolved by taking cannabis off schedule 1. For this to work, the federal government will first have to recognize the progress of legal cannabis states before deciding to move cannabis to a lower tier.

Any mistake made while rescheduling cannabis could open the door for the black market to thrive. Goers pointed out that no one wants a repeat of the ambiguous 2018 Farm Bill.

It is essential that rescheduling is done in a way that boosts existing state markets rather than undermines them.

Many cannabis skeptics believe that a change in the CSA drug list will precede the legislature’s legalization of cannabis markets. In terms of international drug treaties, the U.S. has already picked a position supporting medical cannabis in 2020. Hence, the country can drop the drug from the category of the most dangerous and addictive drugs. The probability that the U.S government will take cannabis to a level lower than Schedule 2 remains very low.