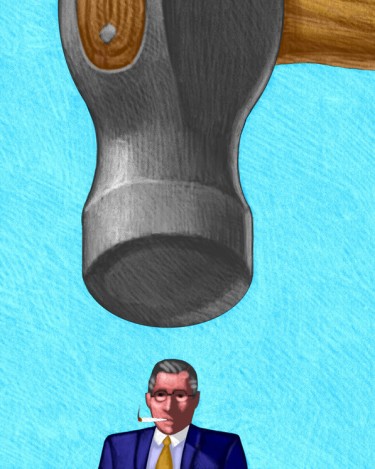 This issue of worker’s compensation has been going on for far too long. Now that the number of states with legal, medical cannabis has crossed 35, the feds have decided to weigh in on the matter.

Workers are entitled to compensation from their employers in the event of injuries or accidents occurring in the workplace. However, the adoption of medical cannabis in different states means some workers are on the drug during work hours. Employers argue that they have no reason to pay compensation to workers registered in medical cannabis programs before or after work-related accidents. This issue has been considered from different angles, and employers maintain that the drug itself compromises medical patients on duty.

The U.S. patchwork of cannabis regulations does little to address this dispute. Primarily because marijuana has a schedule 1 status under federal law, based on this, employees seeing workers’ comp to settle medical cannabis bills are often denied.

Legal states are yet to find common ground on this topic. Different states are reaching different conclusions on how to resolve the argument. The feds have realized that only a solution proposed by the federal government can help.

Hence, the U.S. Supreme Court has called on a team of top lawyers in the Justice Department to draft a brief on how it can be resolved legally. The brief will include notable developments in the cases built on the constitution’s supremacy clause.

The lawyers have selected two medical marijuana comp cases involving Minnesota employees and their employers. The concluded cases were discussed during a private conference some days ago. Both cases were handled by the Minnesota Supreme Court in 2021 and were thrown out as invalid cases.

The first case involved a woman named Susan Musta. After her case was regarded as invalid by the highest court in Minnesota, she went on to file a petition with the U.S. Supreme Court. Musta says that there’s every need for her employer to pay her back for every cent she spent on medical cannabis to treat the injury she got while working at the dental center. The appeal case at the U.S Supreme Court might set a precedent for other worker’s comp-related cases.

In December, the Hudson Valley Cannabis Industry, the New York City Cannabis Industry Association, and the Empire State NORML filed a friend-of-the-court brief concerning this same issue. These organizations urged the federal justices to consider an appeal case from Minnesota. They believe that if a case is settled, other courts might use it as a model to resolve other conflicts between state and federal cannabis laws. However, this could backfire if the supreme court’s decision is based on the federally prohibited status of cannabis.

Another similar case from Minnesota involves Daniel Bierbach as the protagonist. Bierbach submitted his petition seeking a judicial review of the Minnesota Supreme Court’s decision. His plea was submitted a few months after Musta. In both cases, the lower court had made the same ruling, invalidating both instances.

The Biden administration cannot avoid weighing in on this issue. Both cases have been rightly distributed for discussion during a Supreme Court conference. The court beckons the Solicitor General to file a brief on these cases to let the court in on what the oval office thinks.

Other States’ Points of View

This legal disagreement is not limited to Minnesota. The Supreme Courts of other states have had a case more similar to Bierbach and Musta’s. Most reports on worker’s comp cases show that judges and lawmakers are on the same page on this.

Last year, the American Journal of Industrial Medicine (AJIM) published a report which delved into the stance of each medical cannabis state on worker’s compensation for cannabis-derived drugs. The report noted that only five states out of thirty-six allow worker’s compensation to be paid for medical cannabis, and seven oppose it. Insurers in 14 states are not mandated to refund workers on bulls spent on medical cannabis while recovering from work-related accidents. In 10 states, lawmakers and the judiciary have maintained a quiet neutral position on the issue.

Three out of the five states that require workers to reimburse workers for medical cannabis just recently switched to this position. These states are New Hampshire, New York, and New Jersey. Their decision was influenced by the state’s supreme and appellate courts’ rulings.

According to the AJIM reports, more states may follow suit in the coming years. Especially now that dozens of workers are filing petitions at state courts and other administrative agencies for cannabis-related compensation for workplace accidents.

In a few weeks or months, the U.S. Supreme Court will announce its ruling on this issue. But before then, workers must understand that its decision could actually swing both ways.

The federal courts make decisions based on national laws. Although more than half of the states have decriminalized medical cannabis, the Supreme Court might invalidate the cases because cannabis is illegal under the Federal Constitution.

The Minnesota Supreme Court decision, which ruled that the federal prohibition of cannabis is greater than any state order that legalizes the drug, Viewing this from other angles, it won’t be wrong to conclude that employers ought to reimburse their injured workers for amounts spent on cannabis treatments. However, the court still has the final say.

Employers can’t respect both state and federal laws. In this case, where the national laws save employers from reimbursing their workers, it is no surprise that they have decided to comply with the federal policies. As states continue to grapple with questions stemming from this issue of workers’ comp, the federal legislative chambers need to get to work approving federal reforms that would resolve these confusions. The different standards from state to state are not in the interest of workers and patients in medical cannabis programs. 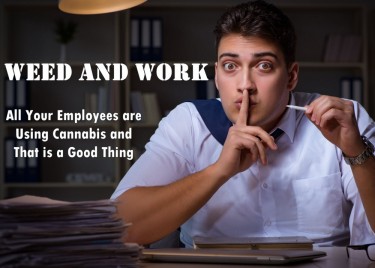 ALL YOUR WORKER’S ARE USING WEED, AND THAT IS A GOOD THING! 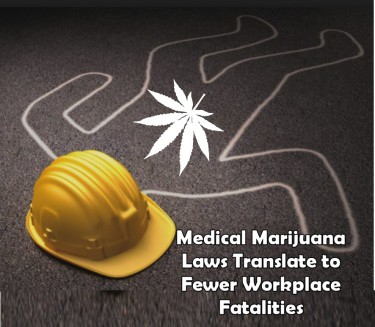 WHY AREN’T MARIJUANA WORKERS SAFER IN THE WORKPLACE!