Should You Try and Sneak Edibles on a Plane? 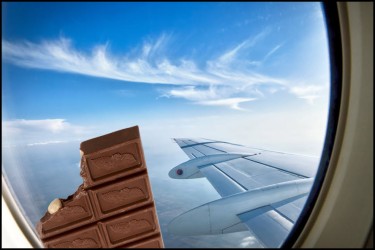 The full resumption of commercial flights after the long pause across the world means many people plan to get into the skies soon.

We can all admit that the acceptance of cannabis and its derived products soared throughout the pandemic. So, it is expected that thousands of cannabis lovers are unaware of the laws regulating the use and possession of cannabis in United States airports.

The widespread cannabis legislation across the country has many people asking whether or not they can carry their cannabis products with them on their next flight. Some have even tried sneaking food products containing cannabis with them on interstate travels. The simple truth is that cannabis is a federally illegal substance. According to the CSA, they’re regarded as schedule 1 drugs.

Edibles are consumables with varying levels of THC infused in them. These food products can be created at home or bought in cannabis dispensaries in legal states.

It can be any food product as long as it contains cannabinoids. A majority of the states in the country approve of medical cannabis or drugs. So people generally assume that they would be permitted to bring their cannabis for interstate travel from one legal state to another. However, federal legislation makes it impossible to do so. Regardless of whether it is medical cannabis or adult-use cannabis,

Note that the airport security officers do not search luggage for drugs most of the time. The main objective of these many policies in federal institutions like airports is to ensure security—the officer checks for prohibited substances and objects during screening. Once a person is found in possession of cannabis flowers, concentrates, or edibles, they are transferred to a law enforcement unit on the ground.

You Can Not Take Edibles on a Plane

The federal government frowns upon the use of controlled substances like cannabis. The government believes that cannabis has a high potential for addiction. And that the drug has little or no medicinal benefits. Although the government’s stance may seem archaic, the law is the law.

New studies have been published to refute the notion that cannabis is without relevant therapeutic uses. Over 30 states have modified their laws based on these studies, but the federal government has refused to budge.

All Airports Abide by Federal Laws

The federal government funds public airports. They are all governed by the Federal Aviation Administration (FAA) and must follow federal regulations. The staff are also employed by the Fed’s Transport Security Administration (TSA). Due to this, all travelers across the country are subject to laws falling under the national jurisdiction.

Carrying psychoactive substances like marijuana into airports or consuming these products on an aircraft is a punishable crime. Some may have been lucky a few times to get away with it by carrying unsuspecting food products, but that does not change the fact that it is an illegal act. Flying with marijuana has different meanings for different airports around the country, like checkin luggage, carry-ons, etc.

It makes no difference what the states’ cannabis laws are. Passengers flying to and from legal states must abide by the same policies as passengers flying from non-legal states. The legal equation, irrespective of the state, remains the same. Cannabis is illegal and prohibited. You cannot board a plane to and from a cannabis-friendly state with THC products. Even if it is an intra-cannabis-friendly state, it is still not allowed.

The cannabis-friendly or non-cannabis-friendly mode of a state is of little importance to how cannabis is regulated in airports. The federal government is in charge of all air travel in the country. Hence, your landing and takeoff destinations hold no water.

Only Hemp is Allowed.

Hemp is defined as any cannabis plant that contains less than or equal to 0.3 percent THC. The federal government approved the Farm Bill less than four years ago. Hence, only marijuana and specific hemp-derived products can be permitted on airplanes.

People who use these products for medical reasons are often advised to bring them along with their prescriptions. This exception can be found on the TSA official website. Unfortunately, there are hardly any edibles created with this amount of THC. Most edibles sold in stores nowadays have higher THC levels.

Don’t Attempt to Board a Flight Under the Influence

There have been some instances where travelers make the mistake of consuming their edibles at the airport to avoid wastage. The law states that anyone who appears intoxicated by a drug must not be permitted to board a plane. All TSA employees are tasked with making sure that people under the influence of psychoactive drugs must not be carried. The only exception, in this case, is for medical patients whose caregivers chaperone.

Violations of the cannabis policy are punishable crimes. However, the offender’s punishment varies depending on state and local laws. This part might appear complex, but it’s not.

State jurisdictions do not determine the TSA’s instructions, but they choose the punishments the offenders may face. Some states let offenders off with a warning, while others issue penalties based on the severity of the offense. For instance, in Las Vegas McCarran International Airport, offenders are asked to dispose of their edibles in amnesty boxes properly, and then they are freed without any penalties. At Los Angeles International Airports, travelers found with edibles are only punished if the amount exceeds the accepted legal limit of 28 grams.

The basic information you should know about carrying edibles to the airport is that the act itself is illegal. The airport rules across the country are the same, so whether or not the airport is situated in a legal state is of no importance. You cannot bring/sneak edibles or any form of cannabis on a plane. Even a legal prescription from a licensed medical practitioner might not be accepted.

The best option you have is to travel down and find a legal store to purchase your preferred cannabis products. Medical patients, on the other hand, can quickly request new cards at their destination to buy their prescribed drugs. However, this only works if you find yourself in a cannabis-friendly state or country. Once people understand that airport TSA agents operate under the same policies on cannabis, questions like this would be reduced. 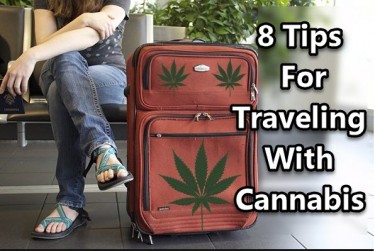 TRAVELING TIPS IN CASE YOU HAVE CANNABIS WITH YOU! 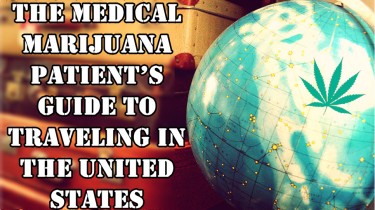 TRAVELING WITH MEDICAL MARIJUANA, WHAT ARE YOU RIGHTS?

Which States Have Medical Marijuana in 2022?