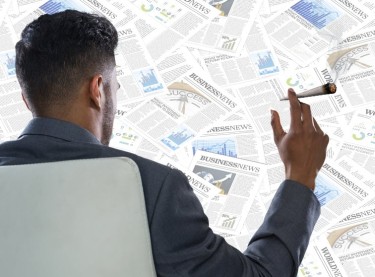 Cannabis Headlines Around The World

Licenses for medical cannabis have been available in the Isle of Man since June 2021, which have been greeted positively by the enterprise minister, reports BBC.

Now, Peel NRE has submitted a proposal for a production facility based in Braddan. According to minister Alex Allinson, growing the local MMJ industry will be beneficial for the residents and would be an “inwards investment.” He added that he was “very interested” in the proposal of Peel NRE as well as others that have come in. “We’ll be waiting to see whether they then progress to a planning application,” he said.

Allinson says that developing the cannabis industry will help the job sector as well as the economy and exports. In addition, he is “fairly confident that we can develop this sector within a very close regulated environment with all the securities we need there.”

However, they can only be taken in tea form and only one type is available for purchase, which has met the minimum standards set in place for oral consumption though it hasn’t yet met the standard for inhalation.

Regardless, this was good news. “This is a great day for New Zealand, just across the Tasman they’ve had dried flowers available to be prescribed by doctors for at least two to three years – we’ve been waiting a long time for this,” said Mark Hotu, co-founder of Green Doctors. Currently, New Zealand doctors don’t recommend smoking cannabis yet, even though the tea can take up to an hour for its effects to be felt.

“It’s important to note oral use as a tea is a valid route of administration and not that it is the route of administration submitted by the company for verification, with the instructions for doing so submitted by the company,” said a Ministry of Health spokesperson to Mugglehead. “Use of this product by inhalation would present an increased risk to patients due to the levels of microbial contamination in the product.”

The Congress of Costa Rica has finally passed a bill legalizing the medicinal use of marijuana as well as industrial cultivation.

It’s expected that President Carlos Alvarado will soon be signing it, in just a matter of days. Not only will it help spur the agricultural industry but it will also help boost employment. It has been a long time coming for the bill since previously, the President vetoed another version of the bill, stating that there needs to be more limits on individual consumption and cultivation. Now the latest version of the bill has President Alvarado’s support, who added that it would be “of great benefit to Costa Rica.”

However, recreational use of it is still illegal, just like in other Latin American nations save for Uruguay which became the first country globally to ever fully legalize it. Some analysts think that in a few years, Costa Rica would follow suit in legalizing it recreationally.

Last February, the French government released a legislation that would allow medical cannabis to be cultivated and for the industry to grow. While it officially started on March 1, 2022, it still hasn’t been implemented but this is good news for French citizens.


Currently, the legislation indicates the procedures and requirement for cannabis to be grown and produced for medical use. In addition, it includes some bits of the Code of Public Health with regards to cannabis’ production, cultivation, transport, manufacture, export, import, and possession. They have also authorized the National Agency for the Safety of Medicines and Health Products (ANSM) to be in charge of overseeing the MMJ supply chain. The ANSM has created an 11-member committee to manage the supply chain including identifying the strains that can be used for medical treatment, quantities of THC and CBD, tracing systems, ingestion methods, and other pharmaceutical criteria.

As of the time of writing, France still has some of the strictest cannabis laws in Europe despite the fact that they have some of the highest consumption rates in the continent. The French medical cannabis market is still in its infancy though North American companies have already set their sights on the French market.

Israel Will Decriminalize CBD & Recreational Cannabis, But In Two Years

Last month, Israel’s Justice Minister Gideon Sa’ar released new regulations that would decriminalize recreational cannabis. Currently, recreational marijuana consumption is still illegal though it was partially decriminalized back in 2017. With the current regulations, there are fines involved for those caught with first and second offenses, while a third offense involves a conditional settlement and a possible indictment may occur with a fourth offense.

With Sa’ar’s proposal, no prosecution will happen “other than in exceptional cases” such as for people who already have a criminal record. The fines are limited to NIS 1,000 and there will be no differentiation among first or repeated offenses. These, among others, are going to help remove barriers for researchers who want to study cannabis and market CBD. 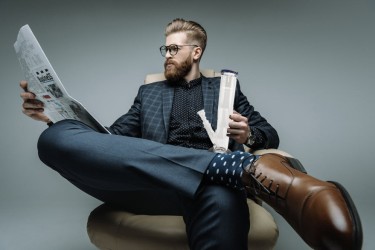 CANNABIS NEWS HEADLINES YOU CAN USE THIS WEEK!