The 5 Rules to Not Getting Busted by the Cops While Smoking Weed- Stoner Code Revealed! 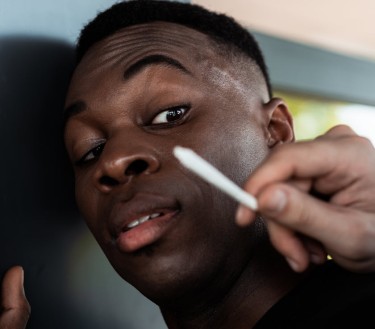 Previously I wrote about tips for illicit cannabis growers to avoid getting caught by the cops. As a stoner who grew up in the midst of cannabis prohibition, I was forced to learn the art of hiding stuff from the pigs in order to avoid getting busted. Unfortunately, I was busted on several occasions during my teen years but only because on those occasions I wasn’t following my own code. In fact, all of those busts helped me modify my behavior until I reached a point where I either became old enough to fall off the cops’ radar – or stopped looking like a bearded version of Shaggy from Scooby-Doo.

Nonetheless, I was inspired to write this article from a headline I read where four pounds of cannabis was seized by the cops in a box of Lucky Charms. Obviously, this was not a good idea for a variety of reasons including;

While this article is not about smuggling cannabis in cereal boxes, it is about the code I developed when I was a “on the streets stoner” who had to hide from the 5-0. The War on Drugs was in full effect, stoners were hunted by law enforcement since they are easy targets who aren’t violent and still would be considered “solving a crime” if they were to bust you. With monetary compensation for their quotas – the cops found stoners to be their bread and butter for the better part of five decades.

During these harsh times, the stoner had to evolve to evade detection. They created code to communicate, found new and unique ways to stash their… “stashes”, and how to properly dispose of contraband in order to diminish the weight of the punishment because they can’t charge you with drug possession is there ain’t no drugs!

Maybe intoxication…but that’s a lesser crime stoners had to come to terms with.

Anyhow, here’s a few things to keep in mind if you’re going to be consuming in public, in an illegal state, or anywhere where it’s against the law to have weed on you. Also, by public I’m talking about Parks, Trails, Look-Out points, etc.

NOTE: The following part of this blog is not meant as an encouragement to break the law. If you do so, it is 100% your responsibility. This blog post is meant as a mechanism of education reflecting on the actions so many of us had to endure under the full weight of unjust laws that infringed on our individual freedoms of choice. Additionally, none of these stash techniques are guaranteed to avoid detection – the philosophy of the stoner is more in lines with, “If you’re going to bust me…I’ll make it as hard as possible!”

The first rule of not getting busted is to not be “A F’ing MORON!” I would use a more eloquent term but this is the scientific definition most linguists agree on. When you’re going to be consuming cannabis in a public space or any drug that is against the law – it’s best to consider

1 – What Drug You are Taking

6 – What’s the likeliness of that happening?

Of course, there are plenty of other things you should consider, but for most illegal drug consumption, if you’re not “clear” about at least 80% of the questions on the list – and still decide to charge blindly into the event…then you’re probably A F’ing MORON! Odds of something unfortunate happening increase significantly when you don’t consider these factors, especially when you’re doing psychedelics.

Once you have a clear idea of Who, What, and Where, it’s time to get your own shit in order.

Rule 2: Carry as much as you can eat…

You never want to have more than what you can eat – it’s not worth the risk. If you’re going to be smoking out in public, with the possibility of getting busted – ideally you’ll want to be able to take whatever you are doing, pop it in your mouth, take a swig of water and swallow.

If it’s weed, you don’t need more than one or two small nugs and if you’re going to be smoking with others – you’d want to preroll. If you’re smoking a pipe, it’s a bit harder….which leads into the next rule.

Rule 3: Be fine with ditching everything…

Don’t take out your $300 vaporizer to go smoke in a place that cops can confiscate. Rather, take disposable crap that you have no emotional connection to whatsoever. It’s much better to walk around with $20 of good weed than it is to walk around with a $200 ounce of fire weed.

If push comes to shove, you’ll want to trash the contraband as soon as you know you’re fucked. This opportunity usually presents itself in a very small window, meaning that you should never have to “think” about what you’re doing. When the time comes, toss anything that can be used to increase the burden of the law against you…obviously, if you can discard without getting caught doing it. Tossing it out of a moving car with the cops behind you will not work.

You don’t ever want to “get lost” in the moment. Sure, you might want to enjoy the moment, but always remain vigilant about your exists. You need to be able to scout a cop coming from afar, in order to ditch stuff and get your stories straight. If they pop up all of a sudden, you’re fucked!

The first thing that cops do to figure out if you’re breaking the law is read your body language. When you’re baked – dealing with cops is most definitely a buzz kill. You want them to leave as soon as possible, meaning you are nervous about their presence. “What if…” goes through your mind and you begin to stumble on your words.

Best thing to do is to remain as quiet as possible, only answer the questions they are asking you – don’t give them anything else. A simple, “Hanging out…” is sufficient. “Yes, sir/mam” or “No, officer” are also valid responses. Look in between their eyes, right above the bridge of the nose to feign eye contact. That way you won’t give away how you’re feeling through direct eye contact.

If you’ve done your due diligence, they would not be able to find anything incriminating and would be on their way.

To be honest, I am only scratching the surface of the codes we developed during my “Younger Daze”. Nonetheless, these five points should be able to reduce the instances of cops ruining your trips.

If you want to find out more about this, let me know in the comments or hit me up on Minds. 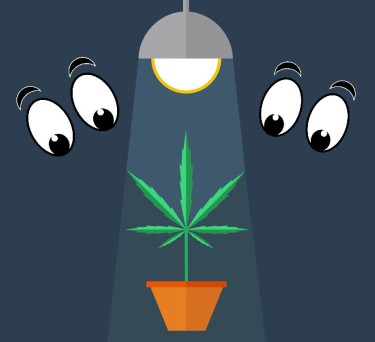 TIPS FOR GROWING WEED WITHOUT A LICENSE, DO THESE THINGS FIRST!

Is the Cannabis Industry Inflation-Proof?