Weed in the Web3 Metaverse 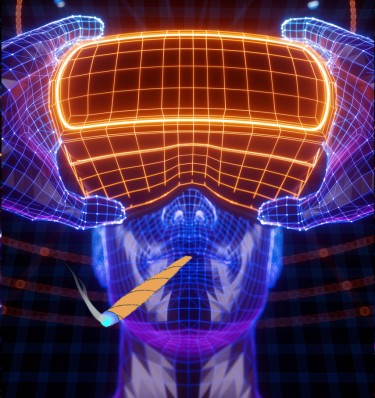 The growing momentum of cannabis and cryptocurrency acceptance in the United States is beautiful to behold. The team-up of the two sectors recently best explains the wise words that say that two heads are better than one.

Both sectors are not federally recognized as legal entities. This has resulted in a standstill in providing financial services in the cannabis industry, as traditional financial institutions continue to shut their doors to cannabis-affiliated companies. A solution has presented itself through the intersection of cannabis and blockchain technology.

The cannabis industry has been operating with cash for many years, making these businesses a target for robberies. In a bid to effect changes, the legislature drafted the SAFE Banking Act. But this measure has failed to pass the previous times it was introduced.

Blockchain technology and digital tokens are the next available solutions to solve the financial challenges in the weed sector.

Note that the cannabis and Web3 relationship is a highly volatile area in the U.S. constitution. Any step you plan to take regarding this must be done with the guidance of experienced security and crypto attorney.

Cannabis companies are in the early stages of integrating their operations with blockchain technology. In the past 10 to 13 months, dozens of cannabis operators have set up their own Decentralized Autonomous Organizations (DAO). Crypto legal firms have helped sort out the governance and financial issues involved in the on-chain and off-chain financing of these businesses.

The services of NFT creators and studios are being utilized to pinpoint the best path to take to effectively link the crypto and cannabis sectors without risking or compromising the intellectual property of either party.

The Decentralized Finance (DeFi) niche has the most benefits to offer the cannabis sector. Businesses will have access to POS solutions and APIs that cover up the absence of traditional banking services. Smart contracts are being used for this.

Tokenization of Cannabis Entities In Web3

Tokenization, also known as fractionation, is the process of dismantling the ownership and control of a cannabis asset into little pieces of tokens. These smaller tokens are sold, bought, held, exchanged, and traded on recognized platforms.

Tokenization has always been a concept before the internet, before the mainstream. In traditional financial bodies, it was known as “stocks,” sometimes the contractual rights of a corporation. The advent of Web3 in recent months has made the term a go-to word in the crypto space. In some months, other new terminologies will be communicated across the space to explain the distributed ledger technology on which Web 3 is built.

Before the advent of the Internet, we commonly referred to this tokenization as stock in a corporation or general contractual rights. Now that we have delved deeper into the Web3 field, the industry is developing new terminology built on the distributed ledger technology that makes up Web3.

Tokenized securities in the cannabis industry are described as “cannabis business stocks.” They are owned by corporations or LLCs. There are different varieties based on debt and equity, including convertible notes, Simple Agreement to Future Equity (SAFE), and preferred ownership interests. In today’s general trading world, tokenized securities are basically stocks that can be traded.

With Decentralized Finance and Web3, cannabis token securities have much more utility than simply conferring ownership and profit-sharing rights in licensed cannabis businesses. These tokens have extra features that are much more than voting rights. These additional features include access to particular markets, which are limited to holders of an entity’s token. These tokenized securities, or stocks, appreciate with time because they are built upon the Web 3 underlying technology.

In traditional finance, cannabis security tokens can be likened to securities. These “securities” merely confer traditional rights or ownership to the buyers without the extra Web 3 features.

These utility tokens differ from tokenized securities. They offer practical value that has little to do with the ownership rights provided by security tokens.

Tokenized Web3 utilities are other components of security and security tokens aside from their proprietary rights. These utilities are more or less the economic benefits of owning tokens of cannabis or cannabis-affiliated entities. It enables the holders to vote during company events and grants access to locations, metaverses, and other token holders. With cannabis utility tokens, customers are first in line for exclusive products within and outside of the crypto space—meaning new products in real life and digital assets like NFTs in the crypto space.

Once the cannabis crypto space is fully functional, these cannabis utility tokens will be pegged to cryptocurrencies that can be mined to gain access to certain cannabis DAOs and markets.

Non fungible cannabis tokens are digital assets that can be used in the real world. They are also utility tokens that give a digital representation of the cannabis entities. Currently, cannabis NFT tokens are in the form of artwork, videos, memes, and GIFs. They are also used as access cards for events held by the parent company.

Cannabis NFT tokens can be tokenized or fractionized rather than sold as a single asset. Multiple owners share ownership of the asset. Some of the available NFTs in the blockchain and cannabis intersection serve digital goods or token securities.

The unavailability of traditional financial services will encourage more cannabis companies to seek refuge on the Web.  The marijuana metaverse is still in its early stages, but brands are setting up virtual locations already.

At first, many operators may get overwhelmed by the crossover into the new tech space, but with time and access to information, things will become normal. Crypto experts even admitted that during their early stages of becoming involved in the tech space, they felt as though they were being drowned in unfamiliar territory.

Web3 has not attained half of its peak height, and as such, the space is growing each day. No one can rightfully claim to be an expert on Web3 tech right now. Even the US Securities and Exchange Commission is still trying to make sense of the entire concept.

All you have to do is make sure you procure legal services and educate yourself before diving into the world of cryptosXcannabis. You can watch YouTube videos attend webinars or conferences for more information about the tokenization of cannabis assets.

CANNABIS IN THE METAVERSE, READ MORE… 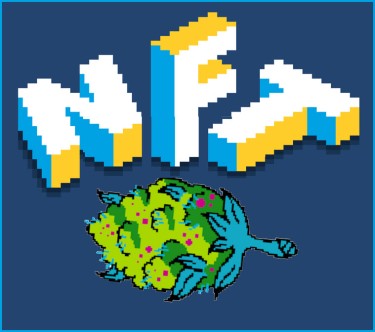 MARIJUANA NFTS AND HOW BRANDS ARE USING THEM ALREADY! 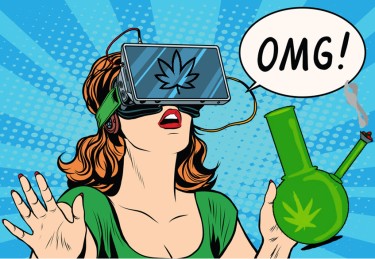 THE MARIJUANA METAVERSE IS ALIVE, WHERE DO YOU FIND IT?