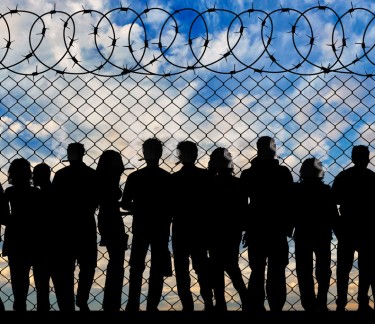 Stoned Perspective: How the Federal Government can “make Good” on their social equity plans

If you’re looking for a reason why cannabis isn’t legal yet, despite the Senate being majority Democrat and a president that “promised” he’d do something about it…it comes down to two words – Social Equity.

It’s the hot new talking point of a guilt-ridden market in a desperate attempt to wash away the stains of injustices. Mostly, it’s talking points being peddled by the very people who created the initial conditions which negatively affected the “marginalized”.

While Sen. Chuck Schumer might be the champion of cannabis reform for the Democrats, he has been quite vocal about implementing a criminal justice reform alongside cannabis legalization. The problem with this approach is that when you just poll “cannabis” with the public – you get a large portion of voters siding with the idea. However, the moment you begin to talk about creating special rules and processes for people who have been negatively affected by the War on Drugs – you begin to lose support quite quickly.

This is because even if you were to implement social equity licensing like they wish to do in New York, where ex-prisoners who were impacted by the War on Drugs would get priority licensing – you are only throwing breadcrumbs to the community as a whole who were negatively affected by the draconian policies.

Furthermore, while giving some of the people being negatively affected by the war on drugs some sense of priority doesn’t undo the injustices occurred. How many children didn’t have a mother or a father in their lives? How did this translate into lower potential outcomes in relation to the success of their lives? How many opportunities were ruined by a criminal record?

All of these factors make it very difficult to quantify the exact damage that a wrongful conviction or even a minor cannabis conviction created in their lives, and how it sub sequentially robbed the average citizen of potential earned income via taxation. And while the government talks a good talk, this Politico Article points out just how bad they are at keeping their promises;

This week offered the most dramatic example yet of Democrats’ inability to make any progress on their cannabis promises: The new government spending package released on Wednesday continues to prohibit Washington, D.C. from establishing a cannabis marketplace, more than seven years after District voters overwhelmingly backed legalization. – Politico

In other words, while the rest of the country is pushing forward to legalization, and in the only territory where Congress could actually experiment with legalization first hand – they opted to not allow any legal sales of cannabis in the district.

The spending bill also failed to protect state-regulated recreational cannabis markets, nor did it expand medical marijuana research or protect veterans who use cannabis — two issues with widespread bipartisan backing.

“I’m very frustrated and really disappointed,” said Rep. Lou Correa (D-Calif.), a champion of cannabis policy changes. “Polling in this country is off the charts that people want to normalize the use of cannabis … So what’s the hang up?” – Politico

The Hang up comes down to Social Equity. The Republicans have a cannabis legalization bill that doesn’t address social equity and this has already gained more support than other bills with a heavier emphasis on social equity.

Perhaps, the smarter thing would be to separate the two issues and deal with cannabis legalization as one thing, and social equity and reparations for the drug war another. After all, with more regulation comes more red-tape and when it comes to red-tape, the marginalized prefer to take back alleys.

In other words, when there is too much social equity on the table in the sense of “trying to compensate for past mistakes in the new law”, you create a partisan divide and end up with nothing happening…as have been the result for cannabis reform over the past few years.

Ultimately, Social Equity aims to reduce the severity of the damage inflicted by the war on drugs. Lawmakers want to ensure that “ex cons” have access to the industry, which is nice – but the fact that someone was busted with weed and sentenced to prison doesn’t automatically make them weed enthusiasts. Furthermore, the marketplace is entirely a different place than it was when they were convicted.

Some people have been in prison for decades.

It would probably be better (and cheaper) to simply pay a set amount of retribution for people who have been convicted for cannabis offenses and had excessive sentencing on their non-crimes. While any time served for cannabis alone is an atrocity, the least that Uncle Sam could do to repair the damage it created is to pay the prisoners for “time lost” by at the very least paying them a yearly sum of untaxed minimum wage. In April the federal minimum wage will be $15.50 per hour. At a 40 hour work week, that would be $620/week or $2480 per month. Per year, that would translate to about $30,000.

While $30,000 won’t do much with the raising rates of inflation, it could definitely be a boost to someone who was stuck in prison with no way of getting a job due to a criminal record. This money could be used to help start a businesses, or help with the transitioning process from prison to society.

While paying prisoners $30k per year of imprisonment, at the very least you are in the realm of providing some sense of “equity” and “payback” for the wrongs done by the drug war. Yet even this would not be truly comparing “apples to apples”. However, it would give those affected by the drug war the Choice to do what THEY would like to do.

To think that “excons” want to grow weed because they were busted by weed is simply making a decision for the affected party. While the intention is nice, we know that the road to hell is paved with good intentions.

My recommendation, separate legalization and social equity, and work on programs that actually benefit the excon by simply compensating a yearly minimum for each year imprisoned. Potentially, having some financial advisors to help them make smart financial decisions.

I don’t know…just something to chew on.

MORE ON EX-CONS IN CANNABIS, READ ON… 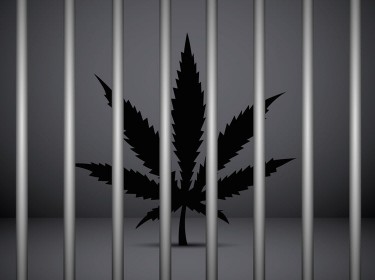 WHY THE MARIJUANA INDUSTRY SHOULD BE HIRING EX-CONS! 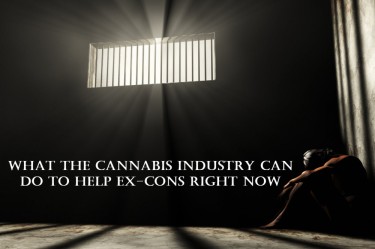 WHAT THE CANNABIS INDUSTRY CAN DO FOR EX CONS TODAY!