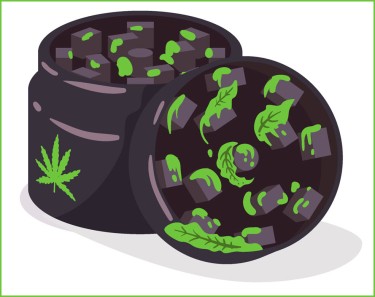 Those tiny and gummy crystals that act as a covering for cannabis flowers termed resin glands are what is otherwise known as kief. Kief contains cannabinoids and terpenes, which provide the uniqueness of each cannabis strain. It is often employed in making various concentrates or as an addition to your standard pipes, joints, and bongs. Based on this, many users prefer to get unique grinders to harvest this pollen and step up their smoking game. Kief can be used to make such things as hash butter, or also kief butter.

There is no inclusion of a kief catcher in a basic grinder, making it harder to extract the kief. This type of grinder comes with the problem of kief being stuck occasionally in-between the teeth and walls of the grinder.

Four-piece grinders or kief catchers are the preferred alternatives because of such things. It is the standard and by a long shot, the most unique technique for collecting kief. The difference between a two- or three-piece grinder is the possession of a kief catcher at the bottom chamber, underneath a fine screen to hold the kief that drops off the buds on shredding. There is a method of maximizing the collection process of kief from your grinder.

Here we will be talking about simple, stepwise methods of getting the maximum amount of kief from your grinder:

To start, we have to empty the kief, which can be easily filtered from your grinder. Next, locate a coin that will fit weakly inside the middle compartment of your grinder where the ground weeds will end up. Making use of a dime is ideal because of its small size and because it doesn’t smell like copper. However, if you have a larger grinder, you may find that using a larger coin is more prudent.

Using dry nugs will ensure you get more kief than using fresh nugs. Indeed, you ought to have noted that kief falls off with more ease as herbs begin to dry out. Grinding of fresh herbs can prove some assistance to some, as much kief can’t be gotten from it.

There are methods of drying out the bud to extract as much kief as possible. This could be done by placing your herb in the freezer for ten minutes to dry it out. This should not change the effectiveness, granted that you don’t freeze for more than half an hour, although there will be a slight change in the taste of your cannabis and the way it smokes. Using a hairdryer could also work, so long as you keep it on a low setting.

Put the grinder back together and insert it into the freezer. This is very functional because cannabis trichomes get more fragile on exposure to the cold, which makes them easier to remove from the metal of your grinder. Just leave the assembled grinder inside the freezer all night. When you wake up the following morning, it should have become the ideal temperature for getting the lovely, savory kief. At that point, you are prepared for the most exciting step, which is the actual removal of the kief.

Shake the living daylights out of the grinder. Act as if you have the maracas in your hands and are at a party, then shake away. Imagine you are at a club, and the DJ starts raving (the ferociousness of the shaking).

Shake it like an experienced bartender would when preparing a vodka Martini (shaken, not stirred). Whichever analogy you choose to use, the main aim here is just to shake it! Let the coin bounce round and round, up and down, inside your grinder, just like a fly trapped in a lampshade. If you do it well, the coin will hit the chilled kief-covered walls of the interior of your grinder while moving at about Mach 10, thereby releasing that persistent kief immediately.

Open up the grinder, take out the coin, and then observe how much extra kief you will find in the collection chamber of the grinder. The inside of the grinder should resemble a mini Mount Fuji of kief—as pretty as it is dangerous.

Instead of encountering the danger of falling down a mountain, the only drawback will be getting higher than the highest point of the actual mountain, Kilimanjaro. As a result of the flower mill being a product that can be taken down entirely part by part, giving way to ease of cleaning and an even easier kief collection. The Flower Mill also mills weed instead of grinding it, creating a trichome-covered flower bud and eventually a more effective way of taking it.

Sixth Step: Clean out your grinder.

Cleaning your grinder often to extract the maximum amount of kief will be something you will want to do. If you do not clean the grinder enough, the screen will get blocked, and you will not be able to get as much kief. Your grinder should only be cleaned after all the kief you want has been gotten out of it, or else you risk losing it. If you recall all the kief you got out of your blender the first time it was used, you can tell it’s more than the subsequent ones. Cleaning your grinder regularly can get you such results every time.

Cleaning your grinder should be done in the same manner you would clean a firearm: cautiously with the use of rubbing alcohol. Make use of a toothbrush to extract extra kief before moving to scrub it with the rubbing alcohol.

Kief is of great value. Keeping and extracting it allows you to get the most out of your weed.Put these tips to practice and cease worrying about missing out on all the kief you could be extracting again. I have been putting some of these trucks to use for years now, and they have always yielded positive results for me. This time, you can also start rolling in the kief.

WHAT IS KIEF, READ MORE…

WHAT IS KIEF, THIS ONE, NOT THAT ONE. CLICK HERE! 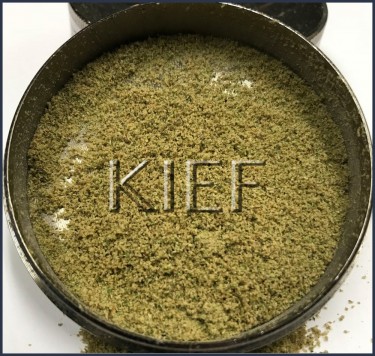 THE NEW GOLD DUST, HOW TO MAKE MONEY WITH KIEF!

My store was robbed on Tuesday. We’re still recovering from the trauma