If You Buy Some CURLF or CGC Stock, You Are Now a Threat to National Security? 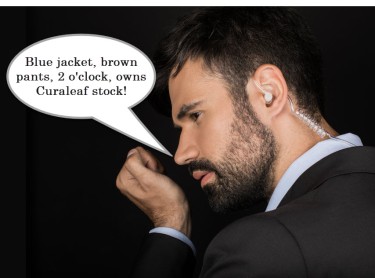 The Biden Administration keeps making decisions to convince the public that their cannabis-related campaign promises were a ruse.

At a time when other countries are appointing diverse personalities to government offices, the Biden-led White House has revealed that people interested in working or being contracted for positions during this tenure must have zero business affiliation with the cannabis industry.

The advice going around now is that if you have plans to work for the federal government now or in the future, you need to think twice, even thrive, before investing your funds in a cannabis business. Many cannabis advocates have failed to see the essence of this new policy. They also pointed out that a few lawmakers in the federal chambers have invested in cannabis businesses in their legal states.

The Biden Administration and cannabis

During the campaign, Joe Biden promised to reform cannabis to an extent, but his actions since he took office have told a different story. Earlier last year, the White House terminated the appointments of staff who disclosed their history with cannabis. Now, almost a year later, prospective workers and contractors are being warned against investing in cannabis businesses.

Politico disclosed the new report. The agency got their hands on the document, which comprises new guidelines for employing employees and contractors for the federal government. The new rules would more or less push cannabis investors further away from positions that require security clearance within the government. People with credible investments may be forced to choose between their cannabis investments and a job with the Biden-led federal government.

In the past, the main criteria were that applicants must have little or no history of smoking pot, and most importantly, they must be prepared not to fall into the habit while in the employ of the government. This internal executive branch presentation, disclosed by Politico, shows that the employment status of new applicants could be potentially jeopardized if they have tiny or large amounts invested in state-licensed cannabis businesses.

Since cannabis became legal in some states, people have been invited to invest in the different niches of the sector. From agriculture to manufacturing, processing, retailing, and even delivery. The document explicitly says that any direct or indirect financial affiliation can adversely impact an applicant’s eligibility with cannabis businesses. The policymakers explained that a person’s decision to be involved with a federally illegal business shows questionable judgment. They suggested that such individuals might be unwilling to obey rules, laws, and regulations when they’re in the employ of the government.

At least 30 states recognize the cannabis industry as a legal business actively seeking investors. The just-formulated guidelines proffered by the federal government show the White House is still unprepared to accept that the product has become mainstream for medical treatments and recreational use in legal states.

Although, compared to previous administrations, the Biden-led White House seems to be more forgiving. A few weeks into his tenure, Joe Biden announced that previous cannabis use wouldn’t be used to disqualify applicants. The last time any administration was this lenient was during President Ronald Reagan’s tenure. However, the current administration is leaning away from its forgiving posture.

Several House Democrats and delegates have beckoned on the White House to change its position.

After the firings last year, letters were written to the White House to recall the employees. The Democrats penned down their surprise about the suspension and termination of appointments of staff who chose to be honest about their cannabis use history. The lawmakers requested that the White House clarify its employment policies. They demanded that past cannabis use be removed as a potential disqualifier and asked that all weed-related HR policies continue to be consistent and fair.

President Joe Biden has long held an opposing stance against cannabis decriminalization. Even though the records show that his time in the chambers was used to enable harsh punishments against cannabis use, However, a majority of Democratic politicians, including Vice President Kamala Harris, now support the drug’s legalization.

Many find it hypocritical that the White House is still maintaining this stance against cannabis even though important seat holders in the administration have admitted to using the drug. Kamala Harris and Pete Buttigieg once revealed their history with cannabis use in the past. All these were pointed out in the letter sent to the White House last year. The letter said that all employees across the administration ranks must be handled with the same standards. It is wrong for only staff in low ranks to be punished for previous cannabis use. If the federal government decides to maintain this position, no staff should be above the law.

Cannabis Use and Investment in the United States

As more benefits of cannabis come to light, these figures will undoubtedly rise. Now that the demand for cannabis is increasing, more states call for new investors for their adult-use and medical cannabis sectors. The revenues being generated from these markets are up to billions of dollars.

Last year, a poll taken by operators in the cannabis industry showed that the majority did not believe any reform could come from the Biden administration. About 62.5% said they’re confident the current administration has no plans to change its opposing position on cannabis decriminalization. 40% predicted that it could take as long as five years before any federal legalization could be approved.

The unequal application of punitive and harsh cannabis laws has gotten more apparent in this administration. The presidency’s reluctance to enact cannabis reform will result in more irregular policies. To be on the safe side, applicants interested in working with or for the current administration should focus on staying away from cannabis stocks and businesses in the meantime. If the Politico report is accurate, we can expect the Democratic majority to send a new letter to the administration speaking against this. 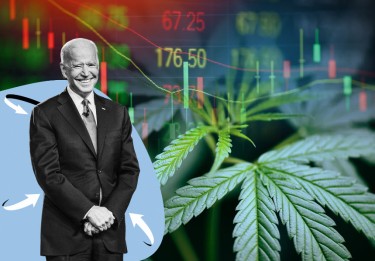 BIDEN ON CANNABIS STOCKS, WHY SAY YOU CAN’T OWN THEM!

Are you too high? A promising new ‘comedown drug’ may be on…