Cannabis Does Not Cause a Lack of Ambition, the 40-Hour Work Week Does, Though! 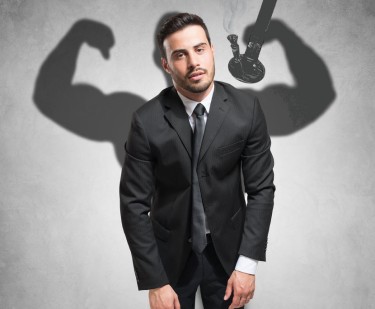 Stoned Philosophy: Cannabis doesn’t cause a lack of ambition, the 40hr work week does.

We’ve covered the fact that there is no link between cannabis and the so called “amotivational syndrome”. However, as one Stoned Philosopher pointed out so eloquently, maybe the lack of ambition to life has nothing to do with cannabis. The post entitled, Cannabis doesn’t cause a lack of ambition, the 40hr work week does, addresses the fact that an automated gridlocked routine is the motivation killer.

I have had several creative art, music and poetic epiphanies while high.

The 40 hr work week was specifically designed so that even if people do recognize that they’re being exploited they won’t even be able to do anything about it. – Forgetthelandabove

And one Redditor posted a quote from the great Bill Hicks.

“They lie about marijuana. Tell you pot-smoking makes you unmotivated. Lie! When you’re high, you can do everything you normally do just as well — you just realize that it’s not worth the fucking effort. There is a difference.” – Bill Hicks

While it’s certainly true that smoking cannabis will physically alter your brain, when there is a drastic change in behavior it isn’t entirely chemically driven either. Sure, you might have more dopamine coursing through your body but a sudden lack of desire of “engaging with routine” most probably also plays a significant role.

The fact of the matter is that a large number of people simply are not enjoying the activities they do for the vast majority of their time. In fact, according to some polls, anywhere between 50% to 95% of people hate their jobs.

However, due to the necessities of life, these people are chained to their ill-fated employment that leeches off their vital energy to keep the etheric beast known as “their employer” fat and thriving. “The company” – which has its own culture and behavioral protocols, demands weekly sacrifices of your time and energy and in exchange provides you with the illusion of safety and a paycheck that gets thinner with every new dollar being printed.

Perhaps, it isn’t that weed makes you unmotivated to engage with these soul-sucking activities but rather that you become aware of the degree of “soul-sucking” and begin to reassess whether your time could not be better spent somewhere else.

Of course, the dangers of this happening to someone who is in high school is that their only option at that point is to trudge through the soul-sucking activities they are forced to endure, or drop out and be labeled a loser. I know that when I first started smoking, I saw a decline in my grades not because I was incapable of solving the problems – I simply understood that certain subjects didn’t have any real world application post high school. Therefore, in those subjects, I simply did enough to have a passing grade.

Some might argue that this is shortsightedness because lowering my grade-point average was going to lower my chances of getting into a good college, but by the time I graduated high school I didn’t know what I wanted to spend the next four years of my life “studying”.

Also, life threw me a few curve balls throughout my high school years that forced me to make certain life decisions that helped me get to where I am today. Nowadays, I smoke weed and wake up at 5 AM to get cracking on my to do’s because what I do I actually care about.

However, the vast majority of workers aren’t so fortunate. They are stuck in call centers, office cubicles, and thousands of low paying, soul sucking jobs that barely give them enough money to get by, forcing them to use credit to maintain a lifestyle that is above their means which in turn makes them slave to their debtors.

This type of living makes it easy for the unconscious mind to go onto autopilot. While routine is something that can help us become more efficient and productive, when there is no change in routine the brain begins to fall into a loop. It simply “goes through the motions” and it even seems that consciously we begin to become less aware.

Since there is no internal satisfaction or a sense of doing something “greater than self”, people simply engage with their routine of survival completely dispassionate and sacrifice their spiritual wellbeing for material stability. As a result, the “spirit” begins to suffer which usually leads to people finding ways to experience “bliss” in artificial ways – drugs, sex, games, gambling.

However, when you begin to consume cannabis, it alters the way you engage with your reality. Some people say, “Smoking weed makes you okay with doing nothing…” however, that’s not entirely true. A more accurate statement would be, “Making weed shifts the perspective to view “doing nothing” in a different light.” However, if you do nothing even under the influence of weed – you will eventually return to the “lifeless loop of routine” and the opportunity for change that cannabis provided would be wasted.

Why I call it “opportunity” is simple – when you are stuck in a survival loop (i.e. working to survive at the expense of spiritual wellbeing), cannabis may provide you with a small window to reassess your behavior and initiate change in your life. Does this mean that you may lose interest in the activities that you are currently engaging with? Probably…but that’s a good thing.

It’s natural for your likes and dislikes to evolve alongside your perception, but when you’re stuck in a survival loop you don’t have the capacity to evolve, which means your likes and dislikes become stagnant. You continually repeat the same actions without any conscious thought. If cannabis helps you revaluate your likes/dislikes to any particular action…instead of thinking of it as a “loss of motivation” and rather see it as a “initiation to new routines”.

This new dynamic of behavior, fueled by a new interest – will ultimately impact your life by allowing you to escape the loop and pursue a life worth living.

DEBUNKING THE MYTH, READ THIS… 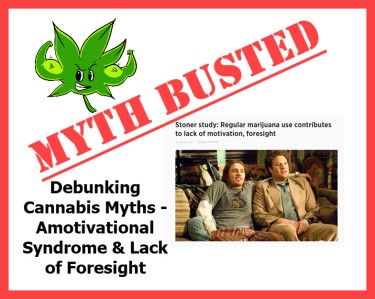 Arrested for Weed and Live in New York? You Get First Dibs on Cannabis Licenses!