The Stoner’s Guide to Riding Out Inflation 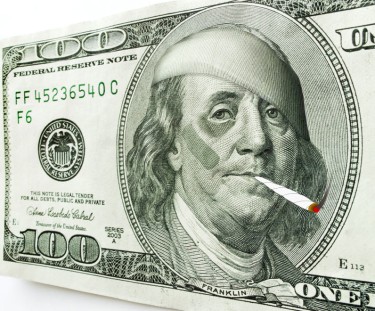 Ah yes, the sweet sting of inflation. When every week you play the game, “Is food more expensive today than it was last week?” and where the answer is typically, “Yes!” Inflation is a game where everyone loses…but some lose more than others.

This was pointed out in an article in Bloomberg where the author noted;

“If your income is more than $289,000 a year, the run-up in gas prices may be alarming — but it’s unlikely to hammer your overall finances. After all, Americans at that level spend no more than 1% of their take-home pay on gas and oil, according to the Bureau of Labor Statistics.

For those earning much less, it’s a different story. Those at the median, with income of about $50,000, spend more than 3% of it on gas and motor oil. Low-income households making between $7,000 and $19,000 spend about 9%. The latest inflation numbers show gas prices jumped 6.6% in February from a month earlier — even before President Joe Biden banned U.S. imports of Russian oil.” – Bloomberg

Considering that roughly 50% of the US population makes $50,000 per year or less, and 80% making less than $100,000 per year. When elevating to the $300k per year minimal income bracket the Bloomberg author was talking about, well – that’s roughly 10% of the US Population who will be “okay” with inflation.

So what about the remaining 90% of the population. Well – according to the article they recommend some pretty insane solutions. Therefore, we’re going to address some of their most painful ideas and deliver the “stoner solution” which could potentially help you do better during these trying economic times.

Note – these are simply ideas, don’t take it as advice. Rather, something to chew on.

To deal with gas prices, it’s worth reconsidering public transportation if it’s an option where you live. Fares are up about 8% compared with 38% for gasoline. Now may even be the time to sell your car. It certainly isn’t the time to buy a new or used one. Prices have stabilized a bit, but used-car prices are still up more than 40% from a year ago, and new ones are up 12%.

This is probably some of the worst advice ever. While it’s true, that spending on gas might not be as simple, selling your car is getting rid of a tool. A vehicle isn’t a luxury when you use it to get to work. It helps you when you need to rush someone to the hospital and can be used to help earn you money through things like Uber Eats or similar asset-sharing platforms.

If gas is a problem, then perhaps organize a carpool with coworkers. This way you all reduce costs while reducing emissions. It should be something we should have been doing a while back now – and if corporations were truly interested in social wellbeing, they would incentivize carpooling now more than ever.

While your commuting, and if your car is in decent shape, you could use it for Uber or any ride sharing service and get someone who needs a job to drive while you’re at work. You can let them use your car in exchange for “gas + 30%” of their earnings. Other people ask for 50% of their earnings considering that they have to pay for insurance and so forth – but that I leave in your good hands.

Selling a car that can be used to earn money while you’re not driving is a superior solution than selling it and taking public transport.

Meat prices have increased about 14% from February 2021 and will go up even more. Though your palate may not be used to it, tasty meat substitutes include vegetables (where prices are up a little over 4%, or lentils and beans, which are up about 9%). Plan to cut out the middle creature and consume plants directly. It’s a more efficient, healthier and cheaper way to get calories.

While it’s true that meat is on the rise, “cutting out the middle creature” is not necessarily “more efficient, healthier, or cheaper”. The fact of the matter is that you need to consume a greater volume of vegetables to satisfy the same caloric intake. In other words, you get hungrier faster.

Make your meat last by creating dishes that increases the volume of a dish. Stews, pastas, etc – these are relatively cheap dishes where “meat” doesn’t become the staple of the dish. You can also alternate between meat and plant dishes – but the notion that plant-only is healthier, more efficient, and cheaper is not necessarily true.

Preparing vegetarian food from scratch is actually very time consuming. If you want diversity in your pallet of course. And sure, you could buy the premade stuff – but that’s expensive and defeats the purpose of the meat substitution.

But if you got the time, you can definitely play around with your food options.

And stay away from buying in bulk — you usually don’t save any money by buying more. Sure, there may be great deals, but most consumers wind up falling for the tricks that entice them to spend more — things like offering free samples, which often leads to impulse buying, or placing discounted big-ticket items near the entrance. If you absolutely must buy in bulk, try to do it with a friend, so you can split some of the costs and ensure everything gets eaten or used.

This is probably the worst advice in the article. You actually save money when you’re buying in bulk and while the initial cost might be higher, the savings over time accumulates. Some bulk buys are dumb, others can save you some serious money.

Just like carpooling, you can do communal shopping. I did this back in the day with some hippies at a beach community. Certain shared items are split by everyone. That way you’re saving cents on frequent consumables such as;

Things that you need repeatedly. If the initial cost of buying these items in bulk is too much, getting everyone to pitch in who needs it reduces the financial impact of the initial buy and allows you to save money through the consumption process.

I’m not an economist, but I do know the sting of poverty and it’s easy for people to write about what they should and should not do during periods of high inflation – but when their solutions are to be “poorer”, then I guess it takes a stoner to set things right. 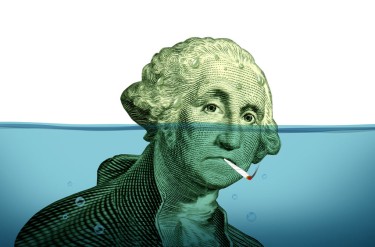 Did the Green Rush Stall?