How Much THC Can You Legally Eat or Drink? 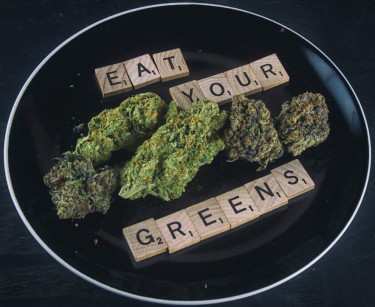 The European Commission (EC), which is the regional unit charged with creating cannabis laws for all members of the EU, has finally released guidelines for the highest acceptable level of THC that can be allowed in hemp seed food products available for human consumption.

The EC issued a two-tiered regulation. The first of them, which was authorized by the European Commission’s Standing Committee on Plants, Animals, Food, and Feed, says that oil obtained from hemp seed should not contain THC levels greater than 7.5mg/kg.

The second regulation is that for dry foods that contain hemp, such as flour and protein powder that contain hemp seed, as well as hemp seed itself, the level of THC that can be found in them must not be greater than 3mg/kg.

To put this into an international point of view, a 10mg/kg limit has been placed on both dry foods and oils containing hemp seed in Canada. And in Switzerland, a limit doubles that of Canada’s has been established for oil products at 20mg/kg while the limit for dry products remains the same at 10mg/kg.

Effects of Setting Limits in the World of International Hemp regulations

German cannabis lawyer Kai-Friedrich Niermann, who is presently suing the government over laws as regards the importation of hemp, was glad about this development. In his opinion, the ruling of the European Commission was crucial and way-paving for the European hemp sector. Currently, it will be the first time organized guideline values apply across the European Union.

Therefore, such cases as when there was a comprehensive recall of totally safe hemp products that occurred last August in Germany should be a thing of the past.

In agreement was Lorenza Romanese, who is the Managing Director of the European Industrial Hemp Association (EIHA), the sole EU-wide lobbying body with any genuine lobbying strength at the moment. She announced that the EIHA accepted the recently agreed limits. For the market to thrive, it has to be a market grounded on standard rules and not an attachment of 27 national laws.

Still, everything is not entirely satisfactory. The European Industrial Hemp Association is still unhappy. There are several reasons for this, but the main one is the persistent uncertainty that exists despite the proclamation. This is why. Labs that carry out analysis for official controls and checks must be compliant with regulations on how to deduce what is referred to as “measurement uncertainty.” The European Commission has yet to express what those uncertainty values are.

This creates a continuous ambiguity, which the new regulations have yet to resolve. Namely, a commodity is said to be not compliant under the new regulation if it extends above the maximum level permitted and the complementary margin of freedom. Absent a clear definition of what that delta is, and producers will have to defend any measurements that exceed the limit, even just slight ones, to the authorities. According to the European Industrial Hemp Association, the development finally puts an end to internal market fragmentation and will most likely boost investment in the sector.

There will be extra time given to stakeholders to adapt to the new rules by trading their current stock during a growth period. The rules will also be compulsory for all European Union member states twenty days after the release of the regulation in the official journal of the European Union.

Why is the procedure prolonged?

There is a certain sarcastic feel to how slowly the European Commission’s hemp policy is moving. This is due, instead shockingly given the laggard pace of reform, that the European Commission also has a policy asserting that hemp growing adds to the European Green New Deal objectives. This comprises the capability of the crop to isolate carbon, promote biodiversity, prevent soil erosion, and allow planting of crops that need low, if not non-existent, use of pesticides.

Another of the reasons all of this is very ironic is the fact that France is also, by a margin, the biggest producer of hemp in the European Union, producing up to 70%, followed by the Netherlands with 10% and Austria with 4%. The most effective legal actions at the European Union level so far have occurred in this country. Furthermore, this country is where the fiercest battles over the industry’s regulations have occurred. This includes the current court battle to permit the sale of hemp flowers in the country, not only extracts.

However, one thing has been made clear. Due to all this, it is France, and not Germany, that leads the way in setting country-specific guidelines that are impacting other countries, if not impacting verdicts at the European Union level. Indeed, there is an ongoing case in Germany that seeks to ascertain the European Union rules domestically and is also shaped by the Kanavpe case in France.

Nonetheless, the times when hemp producers were not bound by formal policies like in the wild west are coming to an end. Now, on to the next battle

The ultimate goal of creating this restriction is to create a single market for hemp and dried products because Europe consists of 27 member states that speak different languages and have other thoughts. The market is a mess, but now there are legally binding policies for all. Now that these clear policies regarding hemp seed are available in Europe, the EIHA thinks it will assist in developing the market and attracting outside investors.

Even though the EIHA is thrilled to have regulations in place, the association will continue to strive to increase the THC thresholds in hemp seed foods as they believe the present regulations are too strict. The association is working to perform a clinical toxicological study on 400 parties to find out the effects of foods that have CBD or other minimal cannabinoids on the human body. Fresh science obtained through studies will be provided to the European Food Safety Authority (EFSA), t. Therell be a request for a new risk assessment to re-evaluate the THC limits.

MORE ON EATING WEED, READ THESE… 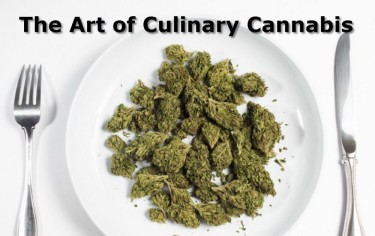 THE ART OF CULINARY CANNABIS – HOW DO YOU EAT CANNABIS? 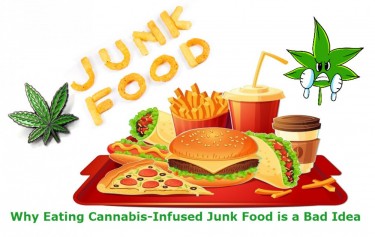 WHY CANNABIS-INFUSED JUNK FOOD IS A BAD IDEA, CLICK HERE!

New Jersey rec day one just got pushed to May: Here’s why