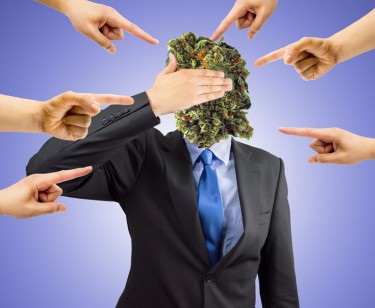 Every other week I notice these “cannabis studies” that find “using it to treat pain could make you an addict” or that “cannabis users’ age quicker” and a number of other alarmist titles. Of course, the vast majority of these studies could be designed to make milk have similar findings – yet rarely do we see actual studies on the “cannabis problems” that are NOT caused by cannabis but rather the laws surrounding cannabis.

I’m not saying that we shouldn’t determine the potential risks of cannabis. I don’t believe that every organism processes cannabis the same and therefore depending on the individual, there will be a risk profile unique to them. Knowing more about potential risks is a good thing to allow people to make informed decisions about consumption.

But let’s face the fact that virtually anything you eat, drink, or do contributes to the deterioration of your existence. This is because, we live in entropy. From the moment you’re born – you begin to die. The only thing that science can do at this point is tell us which activities accelerates this process and which ones slows it down. But as of now – nothing stops this.

Therefore, doing something as healthy as water simply maintains the level of entropy at base level…whereas smoking cigarettes would accelerate the process.

One of the things that have long been associated with cannabis use is crime. The story goes that wherever people are consuming cannabis, crime is rampant. That’s because the law says that smoking, growing, selling, or “anything-ing” is illegal and by default the very act of consuming is a criminal act.

Therefore, by the sheer number of people consuming the plant, the inflated perception of crime is used as a justification for maintaining a policy that pursues non-violent human beings exercising the autonomy of their bodies.

However, after the legalization of cannabis in places like Washington and Colorado, police crime clearances improved. This suggests that when the cops aren’t spending their time and resources going after “non-crimes”…they actually become more efficient on stopping actual crimes. This creates a net benefit for society.

For decades the propaganda machine has been trying to pin mental health issues on cannabis. Every few years a new “bombshell study” reveals some correlative relationship between a particular mental health condition and cannabis.

When looking at the data, in virtually all of the studies the data is ascertained via self-administered surveys which is then interpreted by researchers. They would create complex statistical mathematics to come up with their findings, and conclude to whatever their corporate sponsors want them to say.

The problem with this is that cannabis is never responsible or never causes these issues. In virtually all cases, people who do experience some sort of mental health break down have had a history of mental health problems in the past. Throughout my 12+ years of writing in this space, the vast majority of the people who experienced psychotic breaks were on anti-depressives before their cannabis use. But this is often discarded seeing that it doesn’t fit within the narrative.

Furthermore, people who aren’t previously medicated but have genetic predispositions to mental health conditions can experience these catalyst events within any moment of stress. The sudden loss of a family member could spiral them into a psychotic break.

Sure, for these people – cannabis is probably not the best for self-medicating. But often times, it’s the only thing that provides some sort of relief, which is why most people with mental health problems (I know) use cannabis.

One of the core arguments I can remember from my youth is, “Did you know that for every joint you smoke someone died in Columbia because YOU’RE funding the cartels!”

For the un-initiated, this would be the equivalent of saying, “If you don’t wear a mask, you’re killing granny!” which is absolute nonsense.

Of course, ethical consumption is something we should all take into consideration. If you know that you’re buying weed from a brutal gang that murders and rapes the world…then buying from them most certainly would be participating in the carnage by proxy.

Just like buying electronics from companies that create inhumane working conditions for their workforce is attributing to the suicides and poor living conditions around the world. You can play the morality card all you want, but the only reason why purchasing weed would have anything to do with the cartels is because there is a law that prohibits “non-criminals” to participate in the market.

Of course, this is shifting and we’re still seeing the cartels trying to bank on the legal market – however, this is something that will eventually disappear as the whole world becomes legal. Illegally participating in a legal trade would be like trying to be a bootlegger today.

While cannabis isn’t a “risk free” activity, it’s certainly not as dangerous as alcohol. However, unlike alcohol – I don’t see the same level scrutiny towards the substance. If our aim is to educate people on the potential risk factors of drug consumption – should we not consider all drugs? Shouldn’t we consider Coca Cola as a drug, which contains 28 grams of sugar per can?

Currently, there is an unbalanced focus on cannabis which is frankly a waste of resources. Government policy has stifled cannabis research for over 50 years and yet they are still wasting money on trying to find out “how dangerous it is”.

Perhaps, if we would spend the same amount of time and effort in trying to find out how we could most effectively use it as a medicine – who knows what we could have achieved in that time. While the past is gone, maybe it’s time that at the very least in the present – we begin to focus on the benefits of cannabis and not constantly the hypothetical bad things. 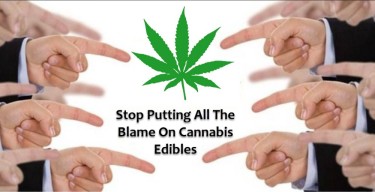 STOP PUTTING THE BLAME ON EDIBLES, READ WHY!