Does Bong Water Filter Out Some of the THC from Your Weed? 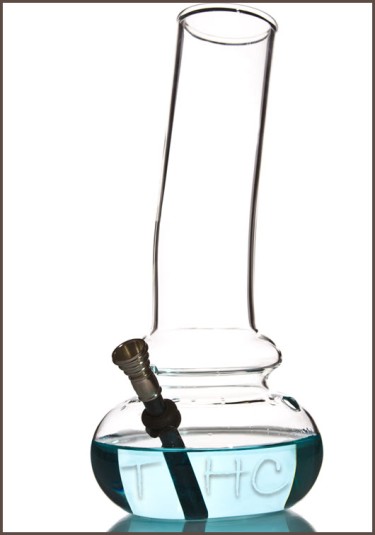 Have you ever completed a bong session late at night only to wake up drenched in sweat and fear, experiencing quite the opposite of what you should be feeling? The widespread “conspiracy theory” about this phenomenon is that their bong water inactivated the THC in the plant materials. Many stoners even believe their bongs are working against them at those crucial moments.

Here, you’ll get a comprehensive review of why bong water is excellent. This silent fear about the liquid rendering the THC component is baseless and without scientific proof.

What is Bong Water?

Bongwater refers to the weird-looking liquid found in the bottom chamber of a bong. The strong-smelling liquid has been described as “disgusting” several times.

Bongwater is used to cool and filter the plant materials as they get heated up. The water helps remove the smoke. This liquid can be reused, but when it gets filthy, it needs to be replaced. This feature helps reduce the choking effects of the smoke, making the session less tiresome for stoners. It reduces the temperature of the inhaled smoke and filters out the tar. Without the bing water, the throats of several stoners would be burned.

The problem now is the belief that water reduces the potency of the hits by filtering out THC. The accurate information about what happens when gaseous THC interacts with bong water has been convoluted.

How Does Bong Water Function?

Bongwater serves essential purposes in the bong. It makes the entire experience cleaner and smoother. The filtration process has two phases.

First, when the heated plant materials go through the cold water, the smoke’s temperature is considerably reduced. The smoke becomes easier to inhale, and it does not burn the throat. Secondly, the water absorbs the soluble compounds while trapping the insoluble ones simultaneously. This way, the regular leftovers that often remain in the throat or lungs are reduced or totally cleared off before the smoke is inhaled. That is, fewer impurities make their way into your healthy body.

Tar, ash, and plant matter do not leave the bongs; instead, they remain in the water. Bong water devices are a reasonable investment. They prevent irritations in the throat and lungs. Hence, you’re more or less doing yourself a favor by removing these large and very hot particles from the smoke. Some studies suggest that boiling water effectively removes some toxins from cigarette smoke. While it is not the healthiest method of consuming cannabis materials, it is better than most.

What Becomes of the THC?

Bongwater is an effective water filtration system that reduces the adverse effects of smoking cannabis material.

However, there are times when a small amount of THC, specifically the insoluble ones, gets trapped in the water. Still, it remains better than other combustion methods for smoking. When joints are rolled and lit, more THC and cannabinoids are burned off than the small amount trapped in bong water.

You can determine how much THC is lost from each bong session. To do this, you need to factor in a few variables, like the THC percentage, the amount of weed poured into the bong, the total amount of water used in the bottom chamber, and the temperature and humidity applied within the bong.

A regular bong hit can contain up to 300mg of THC. For instance, if your weed contains up to 30% THC and you inhale about 1 gram per hit, you’ve taken in 300 mg of THC.

The amount of THC in water bongs

Experiments on THC have shown that its highest water solubility rate is 2.78 mg per liter. This occurs at a temperature between 22 and 24°C. For example, if your bong’s water chamber could contain up to 600ml of water, it would trap nothing less than 1.6mg of THC. At this rate, you’d be taking in over300mg of THC.

Note that at 23°C, the THC is still present as a solid within the plant materials. Since bongs have high temperatures of about 100 °C, the THC changes to a gaseous state, which is less soluble than the solid crystalline form.

According to Henry’s law, the solubility of a gas decreases as its temperature increases. In addition to this, the atmospheric pressure within a bong is about 80%. These scientific values show that less THC gets trapped in bong water due to the high temperatures and atmospheric pressure. There is a more comprehensive scientific explanation for this.

From the above calculations and explanation, less than 1% of THC is lost to the bong’s water. Regardless of the amount of water in the chamber, you’ll get as much THC from your plants as possible without the burning smoke hitting your throats.

Water is not the only liquid you can use in the bottom chambers of your bong to serve as a coolant. You can use wine, soda water with lime, or fruit juice.

Numerous anecdotal reports suggest the use of bongs without water. These claims are false and misleading. Doing so could lead to throat injuries and sore throats that could remain for up to a week. Using a bong without any form of liquid is a bad idea that leads to regrets.

Wine is one of the most preferred alternatives because it adds flavor to the smoke. You can use your favorite wine brands for this. However, you have to stick to one with relatively low alcohol content.

Fruit juice is also another good choice to replace water. Regular Bing users claim that cranberry juice is an exciting option. Fruit juice is less harmful than alcoholic wine. You can add ice to your wine, water, or juice to improve the cooling effect in the bong water chamber.

Bongwater is a very useful feature in bong devices. It protects the tissues and nerves in the consumer’s throat and makes the experience more fulfilling. Anecdotal reports which claim that bong water renders THC impotent are unfounded. If you have an excellent bong, premium weed product, clean water, or suitable alternatives, and the right amount of heat is applied, the highest amount of THC that can be lost or trapped in the bong water cannot exceed 5%.

MORE ON BONG LIQUID, READ THIS… 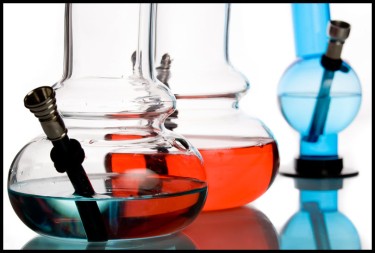 WHAT OTHER LIQUIDS ARE PEOPLE USING IN THERE BONGS NOW?

The David vs Goliath Cannabis Industry