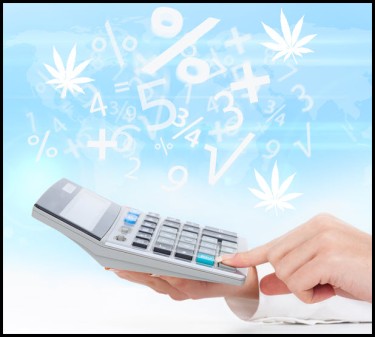 Almost $4 Billion Collected By States In Cannabis Tax Revenues In 2021 – How Are States Making Use Of This Cash?

A new report from the Marijuana Policy Project (MPP) revealed that in states where recreational marijuana has been legalized, over $3.7 billion was collected in tax revenues last year alone, showing a 34% increase from the revenues that states collected in the previous year.

“The legalization and regulation of cannabis for adults has generated billions of tax revenue, funded important services and programs at the state level and created thousands of jobs across the country,” she disclosed in a press release. “Meanwhile, the states that lag behind continue to waste government resources on enforcing archaic cannabis laws that harm far too many Americans.”

States that have collected tax revenues from adult-use cannabis sales have allocated the cash for many programs and services that benefit the local community. Examples of this include construction of schools, education, public libraries, early literacy, preventing bullying, drug and alcohol treatment, and so much more. There are now 18 states that have legalized adult-use cannabis for Americans aged 21 and up; additionally, 8 laws were approved in the last 2 or 3 years but in 6 of those states, tax and sales collections haven’t started.

However, only 4 out of 11 states that have already begun collecting adult use tax sales in 2021 (Colorado, California, Massachusetts, and Illinois) allocated money for equity and restorative justice programs. Illinois allocated the most out of all of them, spending nearly a quarter of its cannabis tax revenues for these programs.

Here’s what some of the top states have been doing with their cannabis tax revenues:

California gave the green light for Proposition back in 2016, which legalized adult-use cannabis. The legislation was hopeful for voters who believed that it could undo the damage caused by the war n drugs, while also generating revenues in programs that would help the community such as youth programs, public health, restoring the environment, and substance abuse prevention.

Since then, California has always had record-breaking cannabis sales even throughout the coronavirus pandemic. When it comes to spending their tax revenues, California gave funds to resolve the issues brought about by cannabis arrests, and also contributed cash for police departments, reports NBC News.

Last year, they announced in June that it awarded some $29 million worth of grants coming from tax revenues for 58 nonprofit organizations that were dedicated to correcting the damage caused by the war on drugs, through the California Community Reinvestments Grants program.

Illinois is notorious for its high taxes and prices, but that hasn’t stopped people from buying their cannabis. In January 2020, Illinois legalized adult-use sales and they have consistently been seeing record-breaking product sales since then.

As a result, they’re among the highest earners of cannabis tax revenues. According to the Sun Times, $134.1 million is helping subsidize two projects that are intended for helping communities that have been most affected by the war on drugs as well as funding drug treatment and mental health programs. A similarly large chunk is allocated for the state’s general budget and stabilization, while over $60 million is used for paying for admin costs, cannabis expungement programs, funding local governments, substance abuse education, and researching the effects of cannabis legalization.

Funding has also gone to the Restore, Reinvest, and Renew (R3) program, which was created the under the adult-use legalization, a law that mandates 25% of cannabis tax money to be allocated for this program so that disadvantaged communities have access to services including community reentry, youth development, legal aid, and financial support.

Adult use cannabis has been legal in the state of Washington since 2012, with the passage of the Initiative 502. They are one of the pioneers of legalizing cannabis, being one of the two first states to ever legalize adult-use marijuana along with Colorado.

Additionally, almost half of all cannabis tax revenues from 2015-2021 fiscal years were allocated for the Basic Health Plan Trust Account, reports the Washington State Treasurer website. According to them, this account provides “necessary basic health care services to working persons and others who lack coverage, at a cost to these persons that does not create a barrier to the utilization of necessary health care services.”

Recreational cannabis has been legal in Colorado since 2014 and medical marijuana since 2000, through the passage of the Colorado Amendment 64. They were the first state in the country to ever legalize medical marijuana.

Recreational sales taxes go to the general fund of the state, while part of it goes to the Department of Education’s State Public School Fund. The rest of it goes to the Marijuana Tax Cash Fund, which funds education programs. Additionally, legislators have allocated some $25 million for school districts to establish full-day kindergarten programs, reports the Colorado Sun. A portion of the taxes also helps Colorado’s Department of Agriculture to pay costs associated with the hemp regulatory and seed certification program.

And that’s a summary of how some of the nation’s top earners of cannabis sales taxes are using their dollars. Are you happy with how your state is using theirs up? 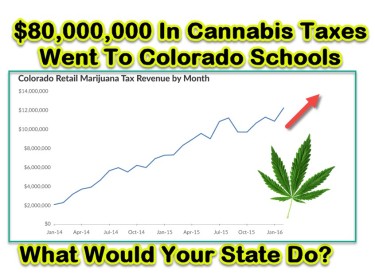 WHERE DOES COLORADO SPEND THEIR CANNABIS TAX REVENUE? 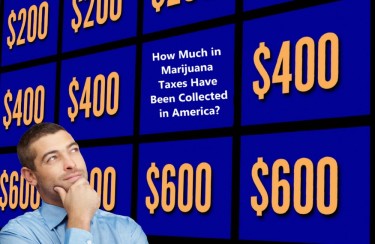 OVER $10 BILLION IN CANNABIS TAX REVENUE SINCE LEGALIZATION STARTED!

Quit Weed Cold Turkey – What are the Side-Effects of Quitting Cannabis? (Timeline Version)