How Does Legalizing Cannabis Reduce the Amount of Kids Going into Foster Care by 10%? 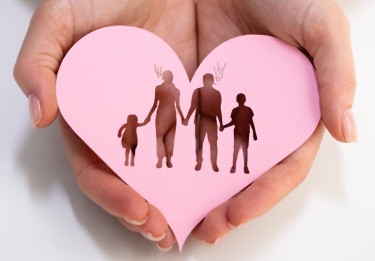 “What about the CHILDREN!” This mantra was touted time and time again during the golden years of prohibition and in a way, we’re still adhering to this kind of thinking in related to cannabis policy.

The “What about the children” argument typically followed the following logic;

Perhaps the fourth point is a slight exaggeration, however the general logical progression in the argument suggests that having something “legal” is indirectly going to convince kids to try drugs.

The problem with this false sense of concern is that “The children” are exposed to a myriad of other social ills that are perfectly legal, and thus – “the children” can verily go fuck themselves, because in “those instances” parents are considered the caretakers of their children and the state no longer has any responsibility towards their wellbeing.

Let me make it simpler.

As of 2018, nearly half of Americans had a “propensity for obesity” with nearly 1 in 10 Americans being severely obese. When we look at Child Obesity Rates in the US, nearly 1 in 5 has a propensity to obese.

This is directly linked to the American diet. All the sugary, hormone packed, corn syrup-industrial guck they sell you as “food” are packaged in plastics drenched in phthalates that reduces fertility and shrinks the taints of young boys. This was sold en masse without virtually any over sight – and when you looked around in the room, you could hear the crickets as no one screamed “WHAT ABOUT THE CHILDREN!”

Only recently has the discussion on phthalates gained some popularity, but I’m not seeing any major legislations happening, no major push from these so called “Mother groups” concerned about the health of their children. I guess, if they ain’t smoking the icky sticky – they can eat themselves into a coma while actively working on a healthy dose of diabetes to accompany their shriveled little taints.

However, the “What about the Children” mantra might have even perpetuated actual harm against children as a new study found.

A recent study entitled, “Recreational marijuana legalization and admission to the foster-care system” found that legalizing cannabis actually could have a positive impact on child wellbeing. Here’s the abstract of the study;

In other words, because parents didn’t go to jail for cannabis, they were able to stay at home and take care of their children. Cannabis is a far less dangerous substance than alcohol on all measurements. Alcohol is involved in nearly 40% of all violent crimes and is highly addictive. Yet, you’ll see ads run on Youtube which can be viewed by children.

You can drink yourself into a stupor, pass out in your yard and piss yourself – which would all be legal and socially “acceptable”. Sure, people frown on alcoholism yet glorify it on T.V with Super Bowl commercials. Once again, the “what-about-the-children” protests are eerily silent when it comes to promoting a more harmful substance during “family time”.

However, the fact that the War on Drugs sends roughly 25,000 kids with families to foster care per year…that is an atrocity. That does merit a “What about the Children!” Yet, once again – those moral-driven parent groups could give a damn about some “poor kids” that aren’t their own. The hypocrisy is real!

These are 25,000 children that now have to deal with psychological trauma, a disruption in their development, and a forced separation from their parental figures by a “hostile state”. And you wonder why people don’t trust the government.

While “what about the children” certainly is gaining some attention, one Reddit User said it best;

I’ve been very disappointed by the number of people who’ve supported legalizing marijuana not because they’ve come to understand the profound problems with the War On Drugs, but simply because weed is about as harmful as caffeine.

Unfortunately most people still don’t understand how the WoD is a harm maximization strategy that takes an already dangerous substance, and greatly exacerbates every dimension of it’s harm, from the user up through society as a whole and national governments.

The calculus is still “This thing is bad, we must ban it.” There’s just been a shift to ‘weed isn’t bad’. That’s why we’re in the midst of yet other drug panic and crackdown where we mindlessly ramp up penalties over fentanyl, even as weed gets legalized everywhere. Left unacknowledged is the fentanyl is a pure example of the consequences of prohibition; virtually no one prefers it, and the crisis was largely created by government policy when the CDC, acting as a mouthpiece for the DEA against medical expert consensus, started a war on pain pills in general, instead of targeted action against inappropriate prescribing, spiking demand for street opioids, leading to need for a greatly expanded supply. Then once they saw the easier sourcing and greater profits, it’s basically replaced heroin, at the cost of far, far, far more ODs. – Fafalone

Which brings us to the fundamental problem with prohibition – it doesn’t make drugs any safer. It also doesn’t solve the problem – only lines the pockets of criminals, bolsters a hostile state, and oppresses children by forcibly removing them from their parent’s care.

As Fafalone pointed out, the War on Drugs shifts in accordance with the latest “problem”. Currently we’re in an “opioid epidemic” and “need” the DEA and the government to “fight” more boogie men. But unlike the average person, I have been covering the War on Drugs, prohibition and the political policies of cannabis for over a decade.

What the study has revealed is that legalizing cannabis reduces admissions by 10%…but how many other drugs also play a role in that? What if treatment was free? What if there was a safe way to get out of addiction? What if locking people up for drug use is the worst possible way to deal with a drug problem?

The fact of the matter is that the War on Drugs cannot and should not exist at all. It’s an atrocious policy that corrodes the trust in governance – which for an anarchist like myself is something that has long been lost (trust in the gov).

The fact of the matter is that if we’re truly striving for a society that cares about people, we need to stop treating drug use as a crime. We need to acknowledge that we all use drugs, one way or another. We need to understand that Pharma isn’t god when it comes to medicine and people should be allowed to explore alternatives to the Pharma option.

It’s time we as a collective step up, challenge these dinosaurs, and once more “decentralize the power structure”.

How do we do this?

LEGALIZATION AND CHILD SERVICES, READ THIS… 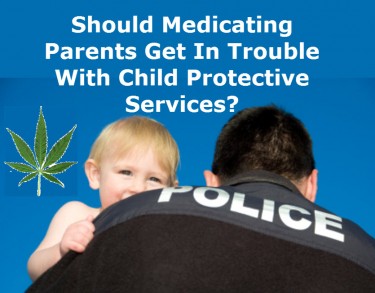 SHOULD MEDICATING PARENTS GET IN TROUBLE WITH CHILD SERVICES?

What Do Prohibitionists Really Hope to Accomplish?