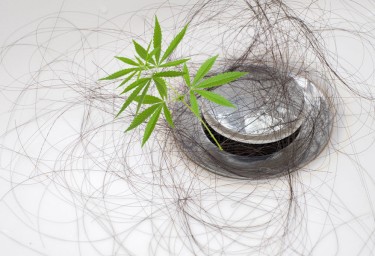 In many cases of patients with alopecia areata, hair falls out in clumps and sometimes large volumes. It affects everyone differently: for some, they only lose hair in certain parts of the head while others lose much more, sometimes causing them to go bald. Then again, there are those patients who can grow it back only for it to fall out later on while for others, hair can regrow for good.

According to the National Alopecia Areata Foundation, 147 million people around the world will develop this condition. Mild cases may end up resolving on its own without treatment, but it may recur several more times. For those individuals who suffer from more extreme cases, patients may need to undergo steroid injections in the areas where hair is shedding; topical applicants may also be applied.

However, it’s difficult to predict how patients would react to various treatments. There are many cases where patients find it difficult to regrow hair even after taking conventional treatments and medications.

There is also the grave emotional distress that alopecia areata brings on. While the condition itself isn’t fatal or harmful, it can bring on serious psychological consequences including depression and anxiety.

In a recent survey, investigators from the Brigham and Women’s Hospital in Boston, Department of Dermatology, polled some 1,100 patients suffering from alopecia areata. The results revealed that a third of the participants admitted to current cannabis use, while two thirds of them said that cannabis helped address feelings of anxiety, depression, sadness, and stress.

“A significant proportion of patients with AA use cannabis, oftentimes seeking relief from psychosocial symptoms related to their hair loss. These findings build on existing literature suggesting that patients are seeking alternative methods to address the emotional impact of AA that traditional solutions have been unable to achieve,” report the authors.

There have been some studies exploring the benefits of cannabis for alopecia. In 2021, a study found that 35 patients who had androgenetic alopecia, which is a result of excessive dihydrotestosterone in the hair follicles, revealed that topical hemp oil with 3-4mg per day applied on the affected area revealed that there was a 93.5% increase of hair growth on average observed among the patients. The oil was applied on the vertex, which is the area on top of the head, as well as in temporal areas in the scalp.

Another study highlighted the benefits of topical CBD oil since it can help reduce the production of sebocytes in the skin and hair; it also has powerful anti-inflammatory properties. CBD can also help activate the TRPV type 4 receptors found in hair follicles and stimulates the local adenosine receptors, which can be beneficial as adenosine can promote hair growth.

Additionally, there is significant research supporting how CBD can benefit hair regrowth particularly when applied topically among patients who suffer from various types of hair loss.

It’s also a known fact that CBD has potent anti-inflammatory properties, which can also benefit the scalp. CBD possesses high concentrations of antioxidants including vitamins A and C. In an investigative article on Byrdie regarding the use of CBD for hair loss, Dr. Michelle Henry, MD weighed in, and said: “The actual active cannabinoid is anti-inflammatory and can help psoriasis and eczema,” she disclosed. “For scalp and hair issues that are triggered by inflammation such as psoriasis, dermatitis especially in women who have hair loss in women,” she told Byrdie.

“Hempseed oil is going to help lock in moisture in the hair and scalp. What people forget is that the scalp is an extension of the face. What’s become more popular is the skifinification of the scalp and extension of skincare, so we should use similar ingredients,” Henry told Byrdie.

If you decide that you want to try using CBD for hair loss caused by alopecia areata, you can use topical products. CBD oils can be added to your shampoos and conditioners, though it may also be applied topically directly. There are many topical CBD products out there in the market that can be used directly to the affected areas. You can also consume CBD orally to help strengthen your immunity and fight inflammation from the inside.

For individuals that have been diagnosed with alopecia areata, speaking to your medical professional first is always recommended. It would be ideal if they are knowledgeable about cannabis medication, and may be able to recommend a combination of treatments including cannabis that would have the best outcomes for your condition. 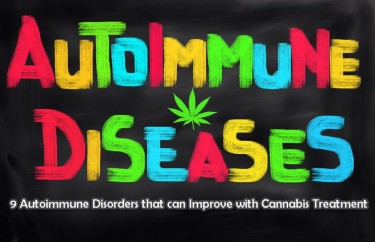 AUTOIMMUNE DISEASES AND CANNABIS, WHAT WE KNOWN SO FAR!

Did You Know Your Cannabis Plants Can Have Nutrient Lockout? What Is It and How Do You Fix It?

Why Does Getting High Make Some People Faint? (And Can You…