What are OG Cannabis Strains? Learn What OG Stands for and the Best OG Strains to Try Today! 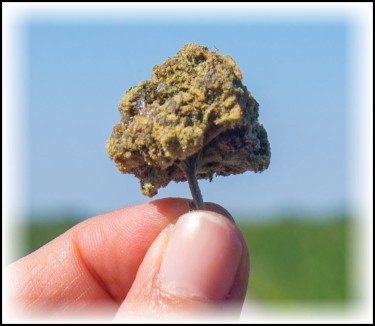 OG Cannabis Strains: What Does It Stand For, And What Are The Best Ones To Try?

When shopping around for cannabis strains, you’ve likely come across some that have the prefix “OG”.

Some of these include OG Kush, True OG, and many more. But what does it really mean?

Well, there are a few theories. One is that it’s an abbreviation of “Original Gangster”, a phrase or slang term used to refer to something or someone that was original or the first of a kind. Original Gangster became famously used back in the 1980’s and 90’s, when hip-hop based artists in Los Angeles used the term. These included Tupac, Snoop Dogg, and Ice Cube. It makes sense to name a strain with an OG prefix when it was the first of its kind to be developed, since there are many more that have been spawned out of these parentals. This makes it easy to identify the parent strains and those that were bred from it.

Some cannabis enthusiasts also believe that OG Kush refers to the strain originating in the Hindu Kush. These were smuggled into the United States at some point, mimicked then cultivated and grown around the country, resulting in the growth of many other hybrid strains out there.

There are other theories too, one of which hails from DNA Genetics, an Amsterdam-based cannabis brand, who claims that they were responsible for creating OG Kush, with OG standing for “Original Gangsta.” The term was developed by Cypress Hill, a popular hip-hop group.

In addition, some cannabis strains are ‘ocean grown’ because they were grown by the California coast in indoor greenhouses. This theory is credited to a northern California grower named Kush Dawg, who developed the original strain coming from the San Fernando Valley. Strains with ‘ocean grown’ prefixes pay homage to their coastal roots in California.

Having said that, here are some of the best OG strains that you should try:

OG Kush is considered the grandfather of many well-loved strains. This hybrid is renowned for its uplifting effects that calm the mind and gently ease the body into relaxation.

Tahoe OG is highly recommended for those seeking a cerebral high that will make you forget about anything or anyone that is stressing you out. Thanks to the delightful euphoria it brings about, you can rely on this strain to smoke you into a state of happiness. Tahoe OG is extremely popular in the West Coast as well as in Michigan and Colorado, though it was initially bred in a site near Lake Tahoe, hence its name. It might be more difficult to find but if you come across this strain, don’t miss a chance to give it a try.

If you’re the type who enjoys being productive or doing creative work, Fire OG is one to try. As it’s also an indica-dominant hybrid, this is recommended for those who want to get a long, restful sleep or may be struggling with insomnia.

True OG has won numerous cannabis cup awards including one for the Best Indica Strain; it also received the highly coveted award for one of High Times’ best strains in 2015. This is an extremely relaxing and uplifting strain, one that you can depend on for a quick pick-me-upper. It has also been known to induce the munchies, so be sure to always have some of the goods by your side.

You can expect to feel giggly and euphoric, ideal for busting stress and pain out the window. Many believe that the SFV OG is suitable for experienced cannabis users because of its potency, but if you’re feeling adventurous, give it a try.

What’s your favorite OG strain and why?

SNOOP GOT HIS MEDICAL MARIJUANA CARD, AND WE WERE THERE!

No Jail Time for Weed Possession in Louisiana, Unless You are a Kid, Then We Will Lock You Up?

Did You Know Your Cannabis Plants Can Have Nutrient Lockout? What Is It and How Do You Fix It?