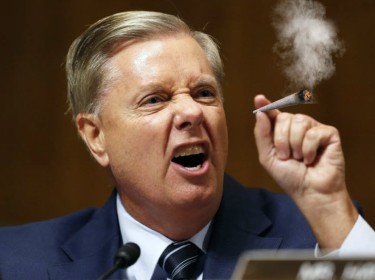 One of the top U.S. Republican senators, Lindsey Graham, openly opposed the MORE Act which was passed by the United States House of Representatives on Friday. However, Lindsey admitted he’s open to the legalization of medical cannabis.

Graham made a lot of assertions during an interview with WCSC, a TV station in Charleston, South Carolina. He affirmed that so much has been said about the values and benefits of medical marijuana. He claimed that if enough evidence can be brought forward to back these benefits he would be open to the idea of the legalization of medical marijuana.

While Graham’s support for the legalization of medical marijuana will be highly appreciated, the movement continues to make significant progress. So far, the Senate in South Carolina has enacted a measure known as the South Carolina Compassionate Care Act which would see to the legalization of medical cannabis. At the moment, the Health and Environmental Affairs Subcommittee is backing the bill which should see it gain more favor from other agencies.

Even though Graham has no issues with legalizing medical marijuana, he has made a strong stance against the MORE Act. Graham voiced his opinion against the MORE Act a few hours after it was passed by the U.S House. The MORE Act is the second time the U.S would pass a comprehensive marijuana legalization bill on a federal level in its entire history.

The MORE Act was passed by the United States House of Representatives – a bill that would terminate the federal criminalization of cannabis, erasing it from the list of illegal controlled substances. This will be the second time the bill will be passing the house, although it now faces strong opposition in the Senate.

Jerrold Nadler, the Chairman of the House Judiciary introduced the MORE ( Marijuana Opportunity Reinvestment and Expungement) Act. The bill was successfully passed in the house with 204 nays to 220 yeas.

Presently, Cannabis is legal for medical use in 36 states and adult use in 19 states. If the MORE Act is enacted, it will leave power to the states to decide on legalization within their territory. So far, a total of $25 billion was generated in sales from the legal cannabis industry just last year, indicating an increase of 43% since 2020. Now, according to predictions, the industry is expected to reach $65 billion in sales by 2030.

Nadler in his opening speech affirmed that if the bill is enacted into law, it would overturn years of wrong wages for Americans, particularly people of color. He claimed that irrespective of one’s notion on marijuana either for medical or recreational use, the system of prosecution, incarceration, and arrest at the federal level is nothing but unjust and unwise. Nadler went on to say that marijuana for a long time has been treated as a problem of criminal justice rather than a matter of public health and personal choice.

A Louisianan Democrat, Troy Carter also affirmed that more than 90% of Americans with some form of cannabis to become legal. They believe there are other vital issues of more concern to the police than cannabis. It’s an expensive venture for police to chase and arrest cannabis offenders when violent crimes continue to increase across the country. The war against cannabis is an expensive past relic affirms Carter.

The Caucus chair for the Democrats Hakeem Jeffries, also affirmed that there’s a problem of mass incarceration in the United States which he believes is fueled by the prison industrial complex. He affirmed that ex-President Richard Nixon’s collapsed conflict on drugs unevenly targeted Latino and Black Americans. He pointed out that the U.S. imprisoning more people per capita compared to Russia and China is a disgrace. He believes that the federal government putting a stop to the ban on cannabis would be a giant step in the right direction.

Talking about a step in the right direction, the United States House of Representatives just recently passed a bill that would offer the required improvement to provide efforts towards research medical marijuana. This in turn is then expected to strengthen industrial markets and legalization efforts.

It’s important to note rest of the Senate had previously approved a distinct  MMJ research legislation. Hence, lawmakers from both chambers are expected to meet, resolve their differences and concede a decisive measure.

The Medical Marijuana Research Act (HR 5657), was passed by the U.S House by a vote of 343 to 75 in favor of the bill.  It was noted that all votes against the bill were from Republicans.

According to the bill, the legislation would;

According to Paul Armentano, the Deputy Director of NORML, these logical regulatory modifications are well overdue and necessary. He went on to say that the cannabis strain available for cultivation for federally licensed researchers does not adequately reflect the quality and types of cannabis products present in the legal market.

Even though The MORE Act has been passed twice, reports have it that there’s little chance of it passing in the Senate. It is beloved that the bill needs at least 10 Republicans to be in favor of the bill for it to have a chance. So far, only three Republicans have actively supported the bill. So it’s safe to say that Lindsey Graham is not the only one against the MORE Act bill. 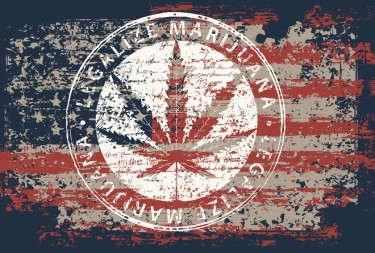 REPUBLICANS AND CANNABIS, IT’S COMPLICATED AT THE FEDERAL LEVEL.

How Can You Tell If Your Weed is Laced With Anything?

What is Crystal-Resistant Distillate CBD and Why is It So Important to Vaping CBD?