How Can You Tell If Your Weed is Laced With Anything? 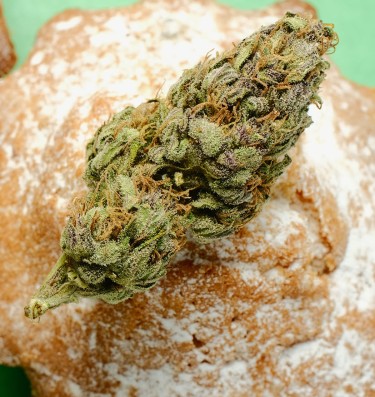 Weed, a widely used term for cannabis, can be laced with various drugs and non-psychoactive substances. It is not always easy to know if cannabis is laced just by looking at it. The consequences/effects lacing weed can have on people can be minor or severe.

If you are afraid that you have bought some laced weed, then you are in the right place. Presumably, you’re not suffering from any symptoms of laced weed consumption. However, if you are, it is time to seek medical attention. But that’s the dilemma with laced weed: you can’t tell whether it’s laced unless you have tried it. If it turns out that you have used it, then you definitely will know because you are likely really messed up.

In this post, we will look at the compounds used to lace marijuana, the effects of smoking laced weed, and how to determine whether your bud is laced.

WHAT EXACTLY IS LACED CANNABIS?

Laced cannabis is a cannabis flower mixed with different chemicals, inorganic substances, drugs, or additives. You will find it hard to believe the things people are prepared to mix with cannabis. Hair sprays, detergents, pesticides, and even glass are just some things that people add to cannabis.

At this juncture, you might be wondering why, in God’s name, would anyone combine this powerful and healing herb with anything else? Well, there are several notable reasons. Crooked dealers will do almost anything to make more profit by selling you low-quality cannabis. For that reason, they would want to make it seem as heavy and high-quality as possible. Apart from covering the low quality, lacing cannabis with other potent drugs is a method these dealers use to get people hooked on the drug without their knowledge, ensuring that they keep coming back for more.

Getting high is no reason at all to lace cannabis, as it does that for you already, but people still use it as a reason to lace cannabis anyway. Some people intentionally sprinkle other drugs with their cannabis to make it stronger or give effects that cannabis typically does not provide.

The results of laced cannabis differ depending on what the drug is combined with, the method by which the cannabis is consumed, and various personal factors. A handful of people know what the marijuana bought on the street contains. Even many dealers do not understand what it is they are selling.

HOW TO TELL IF WEED IS LACED

If you found yourself in possession of laced cannabis, it was likely laced in one or two ways. It’s either a blunt or joint immersed in a liquid form of a chemical mix or drug, or chemical substances were sprinkled into a cannabis that was already ground and likely wrapped.

HOW TO KNOW IF YOU SMOKED LACED WEED

Various forms of cannabis possess unique appearances, smells, and tastes. And they also have different effects. Common symptoms of cannabis use include forgetfulness, happiness, and relaxation.

Other strains may result in more relaxation and less euphoria, while a different strain may make someone feel more clumsy or blurry than others do.

Laced cannabis can lead to a slur of side effects that vary from what a person typically feels. Psychedelics like meth and cocaine can make you feel highly energized, strongly focused, and incredibly joyful. While downers, such as heroin, can make you feel overly relaxed, lethargic, or nauseous, PCP or LSD can make you start to hallucinate.

Other substances that are used, such as laundry detergent, glass, or fungi, may lead to overwhelming coughing, pain, or vomiting. The majority of people who smoke weed know the effect of cannabis on the lungs. Acute pain in the lungs may mean the cannabis has been laced with another drug.

Cocaine is a white powder that feels like powdered sugar. It commonly smells like the chemical solvent used to extract it from the coca plant. It has a bitter and metallic taste, but your mouth will become numb to the sensations quickly if you smoke it. 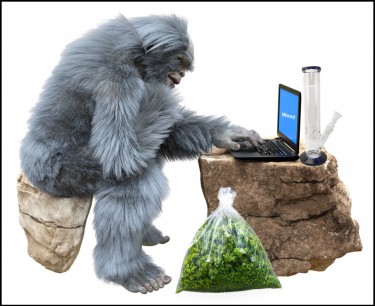 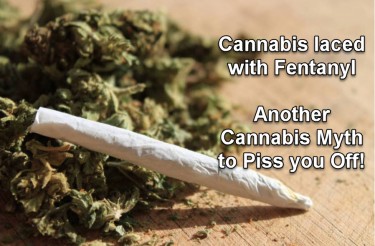 CANNABIS LACED WITH FENTANYL, IS THAT REAL?

Is Weed in Your DNA?