The Self-Employed Stoner – The ‘Seedy’ Side of Cannabis 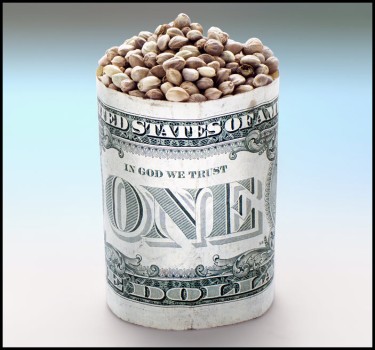 This is the third installment of “The Self Employed Stoner” where we take a closer look at money-making opportunities for the cannabis-friendly population in this world. This particular self-employment opportunity became a viable option for those who can legally grow cannabis at home.

Of course, this isn’t something “new” but I think that those who would like to work within the cannabis industry can use the latest DEA declaration. The “DEA Says Marijuana Seeds Are Considered Legal Hemp As Long As They Don’t Exceed THC Limit” as was reported in Marijuana Moment.

In essence, this means that the DEA conceded that any cannabis seed is essentially “hemp” and can technically be sold to other states and people. The important loophole to remember is to place a card in the seed stash that reads, “Not meant to be planted” as it’s still illegal to use cannabis seeds with the intent of growing it (federally speaking)

Yes, the rules are idiotic…I don’t make them up.

“In my view, the letter is significant because we continue to see confusion over the source rule—the argument that the legal status of a cannabis product hinges on whether it is ‘sourced’ from marijuana or hemp—influencing legislative proposals even at the federal level,” Shane Pennington, the attorney that inquired over the legal status of seeds, told Marijuana Moment.

Basically, there is now a clear cut distinction and seeds only need to adhere to the 0.3% THC to be considered hemp. Furthermore, the letter from the DEA said;

“…other material that is derived or extracted from the cannabis plant such as tissue culture and any other genetic material that has a delta-9-tetrahydrocannabinol concentration of not more than 0.3 percent on a dry weight basis meets the definition of “hemp” and thus is not controlled under the CSA.”

In other words, you can make products from the cannabis plant itself and sell those as well. This might be a potential “side-earner” for large grow operations. Instead of simply discarding the cannabis plants, you could dry the plants and turn them into pulp, or make rope, or utilize the roots for a myriad of “hemp” products.

You simply need to ensure that no residue from the cannabis plants pass onto the hemp products. However, most people won’t run a THC test on some rope or twine…but this could become an additional revenue stream.

Nonetheless, if someone figures out how to maximize and upcycle the waste produced by large commercial cannabis grows – there’s some serious money to be made.

However, in today’s “Self Employed Stoner” we’re not looking at upcycling cannabis waste, we’re taking a closer look at how you can start your own seed selling business utilizing a few plants and a moderate set up.

Hell, you could even work together with a few independent growers to build out a robust profile of available seeds…

Before I continue however, I think it’s important to note that making any business isn’t easy and you won’t just “make money” as easily as you think. To build a seed bank you’ll need to learn how to master the art of growing cannabis, how to cross breed, how to create feminized seeds, and after all that – how to “out-market” the competition.

However, if you have a deep seated passion for working in the cannabis industry this is one way you can forge your own path. You don’t need a big set up to produce a lot of seeds, you just need to know how to properly isolate your plants, maximize genetic characteristics and play God with your breeds.

To get your first batch of seeds it will take you roughly 3-5 months and depending on how well you grew the plant, this could be a lot of seeds. For example, if you bushed out your plants and increased the opportunity for more seeds, you’re maximizing return per light source.

Nonetheless, the plant will have to go through its natural cycles, however, unlike with growing for consumption – growing for seeds have different objectives.

When you’re growing for consumption, you’re looking to boost volume, cannabinoid diversity, and trichome density as some of your more important metrics. However, when you’re growing for selling seeds, you’re going to try to get the maximum yield of seeds per plant you possibly can. The seedier the better.

Not all seeds are created equal, so there will be some seeds that simply will not be viable for sale. This is why volume is key. Fortunately, this isn’t too difficult.

First, you’ll need to have pollen from your desired strain and the evenly spread it over a flowering plant at various stages of the flowering cycle. There’s simply not enough space in this article to go into that master class, but there are plenty of tutorials available online…

While there isn’t a lot of data on seed sales, and return on investment we can make some basic calculations on gross profits, which then would have to be deducted with operational costs.

For now, we’ll take Canada’s weed market as a point of reference, the numbers might be different in different parts of the US you find yourself.

Here’s a snippet from an article in Global News

The price per seed is quite competitive with Canadian grey market sites, where feminized (guaranteed female) seeds are closer to $18, and can be as high as $30. (The grey-market selection, however, tends to be far better, at least so far.)

They had a stock of 500 4-seed packs, which sold out in a week. This shows you that there is definitely an interest in the market for quality seeds.

But what’s the average yield of seeds per cannabis plant?

While it’s difficult to say and depending on the amount of pollen used, the density of the buds and the propensity of the plant – you can expect anywhere from as little as 50 seeds per plant, all the way to over a thousand.

Obviously, if you’re going to be producing seeds for sale – you’re going to try to maximize your seed production. However, as a conservative estimate, let’s say you only manage to produce 250 seeds per plant. That would make roughly 62 4-packs which retails at about $60 CAD or $48 USD totally a potential value of $3,000 per plant if you manage to sell it all.

Even if you can only grow up to six plants, we’re talking about $18,000 worth of seeds within each grow cycle. Depending on your costs, we could say that anywhere between $8,000-$10,000 could be deducted leaving you between $8k-$10k profit margin.

Not too bad for a home operation. The beauty of this cannabusiness is that if you increase seed yield, your costs of operations don’t increase – meaning you’ve got more potential for high ROI.

As mentioned, this won’t be easy – but hopefully if you’re called to splicing cannabis breeds together…this article inspired you to take a leap and become a “Self Employed Stoner”. 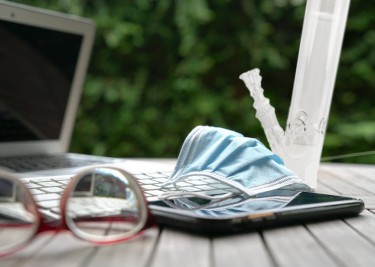 THE SELF EMPLOYED STONER – HOW TO BECOME AN AT-HOME ANIGAMER! 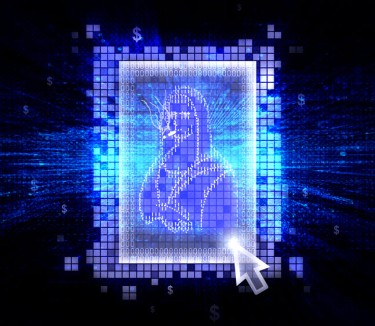 The Weekend Weed Wrap Up

Do You Know Your NPK Ratios for Growing Weed?