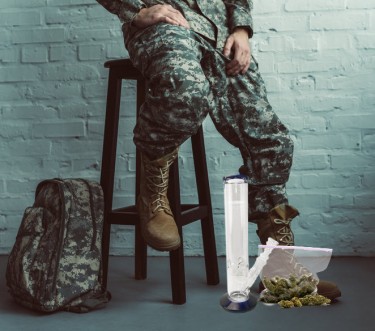 According to the Research and Development Corporation (RAND), military recruits who make it into the army even if they have records of low-level cannabis consumption did not perform worse compared to other soldiers.

This should be good news for recruiters around the country, considering that a majority of new recruits originate from states where cannabis has been legal medicinally.

However, cannabis use is still considered a disqualifying offense for hopeful recruits. Now those who have given it up a long time ago may request for a waiver, which is what recruits can do when they have conditions such as insomnia or diabetes.

Now, there’s a new congressional bill that would make the consequences for cannabis use or possession among military members similar to those if they are caught intoxicated from alcohol while on duty, reports Marijuana Moment. Filed by Rep. Anthony Brown, the Restoring Equity for Offenses Related to Marijuana (REFORM) Act would make changes to the current Uniform Code of Military Justice so that alcohol and marijuana penalties are similar.

According to the bill, the fine for cannabis use wouldn’t be worse than being “drunk on duty.” Currently, if military members were caught for wrongful possession of up to 30 grams of marijuana, they could face “dishonorable discharge, forfeiture of all pay and allowances, and confinement for two years.” Meanwhile, if they are caught with over 30 grams, this could exceed confinement to five years maximum.

Why The Military Should Be Allowed To Use Cannabis

Members of the military should be allowed to use cannabis, even off-duty.

Just because they do so in their free time should not make them prone to dishonorable discharges. Going back to RAND Corporation, there is no strong evidence that cannabis legalization in the United States has made an impact on the types of recruits in the army. “Contrary to expectations, waivered recruits and recruits with a documented history of marijuana or behavioral health conditions are not uniformly riskier across all dimensions,” says their almost 200-page report on army waivers. “In some cases, they are historically more likely to perform better.”

Now that legalization is spreading in the United States, more active duty soldiers have become vocal about the current policy. According to American Home Front, army veteran Matthew Kahl had to end his second deployment since suffering a serious face injury as well as spinal injuries, traumatic brain injuries, and post-traumatic stress disorder. Because of these, he had to be given some 20 different medications.


He then relocated to Colorado to start trying medical cannabis as an alternative, and he reports that it worked. It helped him get off many of the medications one by one, and eventually he was able to stop taking any of them altogether. Now, he manages an organization that helps veterans access the right to use medical cannabis.

“I know of people who are deployed, and they often come across hash in Afghanistan,” he tells the American Home Front. “They use hash to medicate not just to medicate the horrors, the hardships of war, but to alleviate the boredom,” he says.


Deciding the rules around cannabis use is what the government need to figure out, at least in the beginning. It could be understandable that, given cannabis does have psychoactive THC in it and that it could be worrisome to trust an individual high on it while using a firearm, there should also be allowances off-duty at the very least. Soldiers can also definitely make use of the calming properties of cannabidiol (CBD), which doesn’t get you high; on the field, this can help relieve traumatic stress immediately, and help them sleep better to do the job the next day.

This hasn’t stopped members from fighting for what they think is right.

In 2020, the House Armed Services Committee approved a $740.5 billion defense policy bill which had a provision stating it would allow one-time reenlistment waivers for former troops if they admit to cannabis use. The proposal by Rep. Ruben Gallego states that service members who end up separating from the army and want to reenlist in the future can request for a waiver if they admit to cannabis use, though it’s on a case by case basis, reports Military.com.

“Smoking pot just once shouldn’t prevent a patriotic American from fighting for our country,” said Gallego in a release. “We need to finally exercise some common sense when it comes to our marijuana policies, and I’m glad my amendment will lead us in that direction.”

He has been proposing this idea every year since 2018, and it was finally passed that same year.

He’s not the only one, and it won’t be the last time there people will be lobbying for amendments in military law.

Additionally,  simply unfair that even medical marijuana would be off-limits for army recruits, even if they have MMJ cards that have been issued by doctors for health conditions. In contrast, if veterans request for help from the US Veterans Administration, they won’t be denied benefits due to cannabis use – in fact, they are encouraged to talk to their VA providers about marijuana use. “VA health care providers will record marijuana use in the Veteran’s VA medical record in order to have the information available in treatment planning. As with all clinical information, this is part of the confidential medical record and protected under patient privacy and confidentiality laws and regulations,” said the VA on its website.

THE MILITARY ON LEGALIZATION, READ MORE… 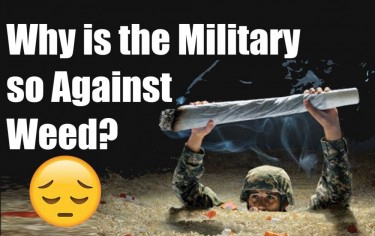 WHY THE MILITARY IS SO AGAINST WEED? WE ASKED! 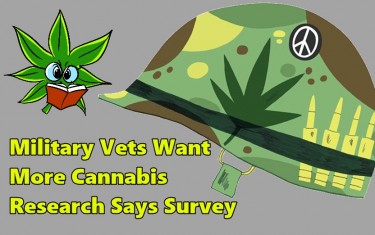 Do Cannabis Suppositories Really Work Better Than Other Forms of Cannabis?