Yes, You Are Fired! – Why a Doctor’s Note for MMJ Won’t Save You from Losing Your Job 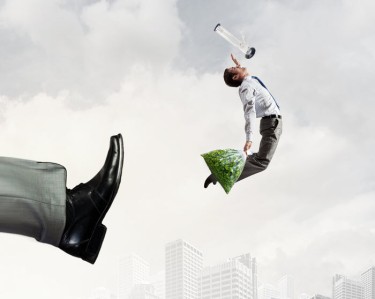 Americans taking cannabis even for medical purposes in marijuana-legal states are still at risk of losing their jobs so long as the federal government maintains a ban on marijuana. That’s in keeping with a statement released by US officials on Saturday, which indicates that even if you have a doctor’s prescription, you can’t be legally excused if you test positive for THC, marijuana’s major psychoactive ingredient.

Over the weekend, the U.S. Substance Abuse and Mental Health Services Administration made the explanation in a suggestion to additionally expand drug testing systems for which employees can be examined for Schedule 1 prohibited drugs, which consists of substances that the feds say presently have no accepted medical use and a high potential for abuse and cannabis.

Substance Abuse and Mental Health Services Administration also suggested implementing language in the Federal Register to point out that second-hand inhalation of marijuana smoke isn’t a genuine excuse for individuals who test positive for cannabis, nor is taking edibles that possess THC. The policies refer to all forms of drug testing, which include samples of blood, urine, and saliva.

Views on federal prohibition among Congress members are being mixed, understandably, as more states legalize cannabis. The House of Reps Appropriations Committee published a report last year in which they advised federal agencies to abolish regulations demanding the sack of employees who use medical marijuana in states in which it’s legal.

Among employers, The U.S. Military has been among the most strict, to impose marijuana prohibition, banning service members from partaking in any form of marijuana, including CBD and other compounds made legal in the 2018 Farm Bill. According to the Marijuana Moment, members of The U.S. Navy were told, just last week, not to drink a new Rockstar energy drink from Pepsi that contained cannabis seed oil.

The notice sent to the military members stated that Sailors and Marines are banned from using any product made or derived from cannabis, including CBD, irrespective of the product’s THC concentration and if it was used under the civilian law that applies.

The FBI hasn’t gotten rid of its prohibition policy yet, but it has reduced it considerably. Potential FBI employees can be automatically disqualified from joining the agency only if they’ve taken cannabis within a year of applying for a job, which is lesser than the previous three-year rule.

In the Illinois House of Reps, State lawmakers have passed a bill that would tackle a growing problem in legal marijuana: safeguarding employees who use cannabis from getting fired for having THC in their system. Though marijuana has been legalized for medical use in 37 states and recreational use in 18, employers in most places can still choose to make use of the result to refuse to hire a job applicant or to fire a worker.

Some states have gone into action.

A law was recently passed in Philadelphia that stops employers from using a cannabis drug test as a condition for employment. In Illinois, where both recreational, and medical marijuana are legal, lawmakers have been working since last year to address the matter statewide.

A Matter of Fairness

According to the Chicago Tribune, The Illinois House passed the legislation by a 61-41 vote, mainly along party lines. The bill’s lead backer, state Rep. Bob Morgan, a Democrat, said the measure would allow people to use a legal product on their own time “without fear of losing their employment.”

People view it as a matter of fairness. An employee can consume alcohol on weekends or weeknights without fear of consequences. But even in states that have legalized cannabis, it’s difficult to do the same with cannabis if employees are scared of a drug test on Monday morning. This is because THC, the psychoactive element in cannabis, can be detected in the bloodstream or urine for several days.

Though the law seems rational, the matter is more complex for business owners and law enforcement.

This is a question that pops up more and more often in our world. If you are a licensed professional (for example, doctor, lawyer, nurse), and you happen to have a medical marijuana card, can you lose your license because of medical use of marijuana?.

Sadly, it’s not a question with an easy answer, notably since the laws about legal marijuana use now differ a lot from state to state. Marijuana is permitted in at least 36 states for medicinal purposes, while 17 states have legalized it for recreational use. Meanwhile, not all licensing boards have kept up with changing outlook toward marijuana, and there remain many looming worries about impairment on the job as well as public views around licensed professionals who use cannabis. All of these elements combine to make this an extremely complicated question.

Drug testing is a major problem for marijuana entrepreneurs and consumers. Worries about loss of job prevent people from using marijuana, even if it’s prescribed by a doctor. In places where recreational use is legal, many people still won’t buy cannabis on weekends or for after-hours use, due to fear of losing their job.

Also, can the use of medical cannabis still endanger your professional license?. The answer is a loud “maybe”. If you have found yourself in trouble with your state’s licensing board over the lawful use of medical cannabis, it’s not a matter to be taken lightly. After all, your means of living is dependent on your license to practice, and losing the license could cost you your career.

Having a skilled professional license attorney on your side can make a significant difference in the outcome and even save your license.

FIRED FOR WEED, READ THIS… 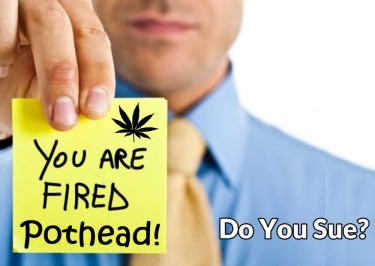 FIRED FOR WEED, SHOULD YOU SUE? READ THIS!