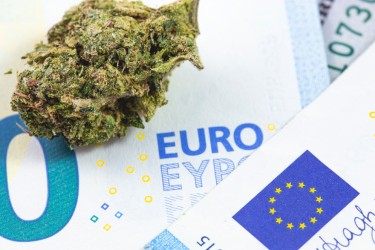 A recent survey discovered that 55% of Europeans support the broad legitimization of adult-use marijuana, with most of the advocates also in favor of home cultivation and regulated retail sales.

A poll licensed by Curaleaf International and carried out by Hanway Associates discovered that fifty-five percent of adults in Europe advocate legitimizing marijuana for adults, another twenty-five percent were opposed, and twenty percent were indifferent. Out of those in favor, eighty-one percent backed regulated retail, while sixty-two percent backed home cultivation, and fifty-six percent supported social-use clubs.

Antonio Costanzo, Curaleaf International CEO, in a statement, said that the report makes it obvious that most Europeans desire to see recreational marijuana available in a manner that allows adults to have access to high-quality products that are regulated.

The CEO of Curaleaf, Joe Bayern, mentioned that the next step is for legislation to meet up with consumer demand, pointing out that Germany’s incoming government has dedicated itself to legalizing cannabis for adults and that, once Germany goes, the others on the continent are likely to do the same.

He added that the report proves what Curaleaf has been mentioning for a while now: that the people of Europe desire access to competitively priced, high-quality, and safe, legal marijuana.

The survey includes adults 18-and-older throughout Portugal, Spain, the U.K., Germany, Switzerland, France, and The Netherlands in-between February 24 and March 14.

OVER ONE HALF OF EUROPEAN PEOPLE WANT CANNABIS TO BE LEGALIZED

More than half of the total population of the European Union backs legalizing cannabis. The research indicates a positive sign for entrepreneurs and investors looking to make use of the industry’s growth.

According to Alastair Moore, the founder of Hanway Associates, a research organization focused on cannabis, the gradual growth of Europe’s medical cannabis market and the blast of wellness-focused CBD products have assured shifting opinions after years of opposition.

He also said that the opinions surrounding cannabis are now less about scare tactics. The move away from refusal to acceptance is a positive indicator for new entrepreneurs and investors.

According to polling data from Hanway Associates, of all the countries that support the legalization of cannabis, Portugal and Italy stand out, although they are yet to pass main reforms.

Surprisingly, despite its popular cannabis-selling coffee shops, the Netherlands has the most negative views on legalizing cannabis, with only forty-seven percent of respondents supporting legalization. The lowest recorded number among the eight countries researched.

Approximately eighty percent of the fifty-five percent of respondents who support cannabis legalization prefer it to be sold in government-regulated businesses. According to Antonio Costanzo, international chief executive officer of Curaleaf Holdings Inc., this would help starve the illegal market that thrives in the absence of a legal sector.

The shift in public opinion is seen in the industry as an opening for governments to start regulatory reforms that go beyond allowing the use of medical cannabis also to allow recreational use. Such a decision would generate billions of euros in new revenue for companies.

Antonio Costanzo also mentioned that the legalization of cannabis is perceived not just as an economic opportunity but as an opportunity for policymakers and politicians to begin talking about legalization because it is unavoidable as there is both public and political support.

GERMANY IN THE SPOTLIGHT

For the time being, Germany is on everyone’s mind. That’s because the coalition government that recently took office vowed to legalize marijuana, but when that will happen is still unknown. In addition, experimental projects for both medical and recreational cannabis in Switzerland, the Netherlands, and Denmark are improving sentiment. According to the report Prohibition Partners published on this subject, the first sales of fully legitimate adult-use cannabis in Europe will most likely be in Switzerland at the end of 2022.

Tilray Brands Inc. and Curaleaf are two of the most well-known international players preparing to enter the European market.

Curaleaf CEO Joe Bayern, said they are remaining optimistic about the capacity for an increase in European countries and will keep on expanding as fast as they can in markets that allow access to cannabis.

Tilray, which owns cannabis growing facilities in Germany and Portugal, states that it leads in medical cannabis sales in Germany and is well poised to do the same in the recreational use sector when it is authorized.

Companies are making reference to the North American market, where the legalization in one state generated a snowball effect, as the European market battles to push through regulatory reforms. Though only a few years behind the U.S., the progress in Europe is notably similar to that of the U.S. Within a couple of years, according to Joe Bayern, little alterations currently in motion will gain strength and cause larger regulatory shifts.

Despite this, barely a third of the 9,043 respondents polled by Hanway Associates said they would try legal marijuana. Meanwhile, about half of the respondents are okay with a cannabis shop being situated in their neighborhood. Also, there is very little support for home-grown plants, with most people favoring the restrictions on cultivation.

The European Union’s acceptance of cannabis should not come as a shock as Europeans are seeing the economic gains in the United States, especially during the CoronaVirus pandemic, when the use of marijuana spiked and a whole lot of money was gained by delivering and selling it during the lockdown.

Furthermore, a lot of European countries have legalized marijuana for particular medical purposes, while others have decriminalized general use, and some, like France, are now experimenting with these two choices through experimental programs. 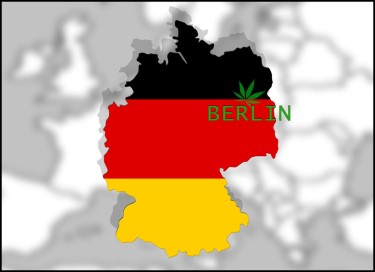 GERMANY LEGALIZES RECREATIONAL MARIJUANA, THE REST UP EUROPE CATCHES UP!