A Deep Dive into Cannabis for Migraine Headaches 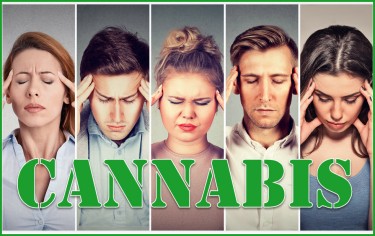 CannaTalks – The Community Talks about Cannabis and Migraines

Cannabis helps with many ailments. One of the conditions it is said to help is Migraines. If you’ve never suffered from a Migraine, it can be a living hell. I remember the first time I experienced a true migraine. It’s not like a headache. You feel nauseas, your eyes are sensitive to the light – stuff hurts!

Fortunately, for some it seems that cannabis helps with migraines and a recent Reddit Thread had many people comment on what works for them, and what doesn’t. The original poster placed this in their post;

Cannabis and Migraine: I’ve found that it helps a great deal. I’m actually starting a weed diary of which strain works the best for migraines. Had anyone else done this? It’s honestly the best thing for my migraines. – REDDIT

This post received a total of 252 upvotes and 157 comments, and many people added in their two cents. But before we read about what the community has to say, let’s quickly do a recap on Migraines.

What is a Migraine?

According to the Mayo Clinic;

A migraine is a headache that can cause severe throbbing pain or a pulsing sensation, usually on one side of the head. It’s often accompanied by nausea, vomiting, and extreme sensitivity to light and sound. Migraine attacks can last for hours to days, and the pain can be so severe that it interferes with your daily activities.

Medications can help prevent some migraines and make them less painful. The right medicines, combined with self-help remedies and lifestyle changes, might help. – SOURCE

As you can see, it’s a headache that decided to Hulk out on you. In many cases, it can be caused by inflammation or it can be triggered by stress – both symptoms that can be treated with cannabis.

You feel thick, tired, and just incapable of doing anything.

Now let’s take a look at how the community deals with Migraines using marijuana.

Monachopsiss had the following to say;

I’ve found that cannabis doesn’t help PER SE, but if I get high I can at least distract myself from the pain so I notice it less. So, specific strain doesn’t make a difference.

The closest I get to getting relief directly from it is when I use caviar/moonrocks. Something about the mix sometimes helps me!

I also found that Moonrocks are quite effective in dealing with these kinds of pains. Perhaps it’s the potency of the product or the mix of terpenes and other essential cannabinoids that does the trick, but for me personally – I too found these higher potency products provide the best return.

Hermitess also chimed into the conversation;

I tried this, and I found it to be hit or miss. No one strain worked consistently. Even within the same batch, it was hard to predict what the effects would be. Sometimes one hit would be enough to ease the pain, but then sometimes it would help for only a short time and then I’d get a rebound headache worse than the original. I guess this can also happen with other migraine abortives, but given the other side effects, it just wasn’t worth it for me. I am not someone who can smoke weed and just continue functioning as normal. If you are, all power to you!

In my personal experience this was also the case. Cannabis didn’t always help me get rid of my migraines. I don’t really have migraines these days anymore, unless I’ve been glued to a screen and my eyes need some rest – either that or I started doing breathwork which keeps me very well oxygenated and non-inflamed.

Talvana, a person who have been suffering from Migraines for a while now also added to the conversation;

I wouldn’t survive this disease without cannabis. Jack herer is also one of my favorites. I tend to try a lot of new things constantly and randomly find products that help. Concentrates in particular help a lot with the pain.

I think a lot of it is actually the mood boost for me. I can ignore the pain more than usual if I’m high and it passes time. I get daily migraines and usually start with weed to see if I can ride out the migraine before I resort to pills. Some days just weed is enough which is great because I only get 10 pills/month and still have another 10-20 migraine days to deal with.

In her case, cannabis acts as an accompanying drug to the pharmaceuticals she gets since the pills are only available for 10 days. Which is pretty shitty if you come to think about it, but probably she only gets prescribed 10 pills due to the toxicity of the pharmaceuticals. Cannabis on the other hand has very low toxicity and is safe for most people.

In her case, the higher you get, the easier it is to not be focused on the pain.

Let me know your thoughts below! 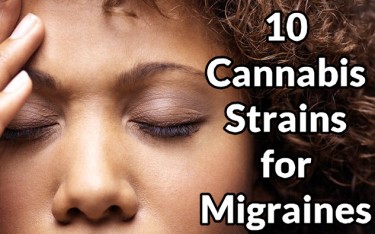 MIGRAINES AND MEDICAL MARIJUANA, READ HOW THEY WORK!

Arbitration Clauses Should Work For You, Not Against You

What are Space Buckets and How Do You Grow Weed in One?