How Cannabis Interacts with Your Gut Microbiome and Improves Gut Health 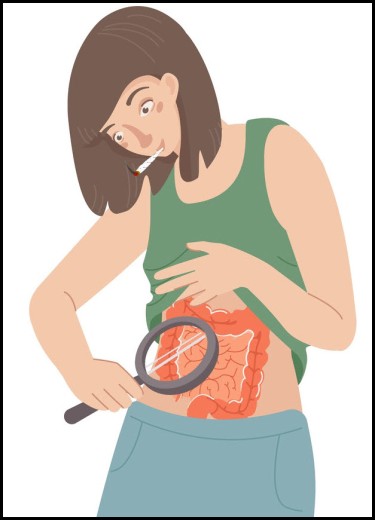 Your digestive system houses trillions of different kinds of microbes, fungi, and bacteria in the gut alone.

These living microbiome plays a very important role for many vital functions: from helping your body absorb energy from the food you feed it, metabolize the vitamins and minerals you take, to maintaining your immunity, producing serotonin and other chemicals that are necessary for mental health. Given that it’s located in your digestive system, everything you consume plays a role in how healthy these microbiomes are or not.

When there is an imbalance in the gut microbes, this condition known as gut dysbiosis occurs. It can be caused by many things such as drinking too much alcohol, lack of exercise, consuming too little fiber, eating things that are sugary or high in fat, and much more. If this occurs regularly, it will affect your immunity and cause you to be prone to more illnesses. It will also make you more prone to mood disorders including anxiety, autism, depression, and more. Gut microbiome also ensure your brain develops properly at all ages.

Research tells us that everything we do and consume in our daily lives affects the gut microbiome. Not just the food you eat, but the cannabis (and other drugs) that you may also be consuming.

What The Studies Say

Consuming cannabis can actually be beneficial for your gut, and there are many studies that back it up.

Here are some examples of studies focusing on certain gut-related conditions that cannabis has shown to be beneficial for.

In a 2019 study, it revealed that compounds within cannabis help fight illness which are caused by inflammation. Researchers from the University of South Carolina treated rodents with multiple sclerosis using molecules containing THC and CBD. Inflammation levels of the mice were much less after they were given cannabis. They also conducted an analysis revealing that the changes in gut bacteria were responsible for the improvements in inflammation, even if only to say it was partial.

Prior to the cannabis treatment, the mice contained high levels of Akkermansia muciniphila, a bacteria that increases production of lipopolysaccharides, a compound that has been associated with brain inflammation. However, following cannabis treatment, the mice decreased populations of this gut microbiomes in their gut as well as reduced levels of lipopolysaccharides in the brain.

In another study, findings suggest that consuming THC may be able to lead to a shift in gut microbiome to avoid weight gain.

Mice subjects were administered with THC and afterwards, they were able to maintain their lean microbiome and were able to avoid obesity. The researchers also found that THC was effective in reducing symptoms that were linked to obesity such as gut permeability, and low-grade inflammation.

This could explain why, even if THC causes cannabis users to get a case of the munchies, cannabis consumers are still leaner compared to non-consuming counterparts. It also further proves that there is a strong link between gut microbiota and the endocannabinoid system. After all, the endocannabinoid system expresses itself powerfully in the human body within many functions, especially that of the gastrointestinal system. This is why cannabis can be beneficial in treating numerous gastrointestinal disorders such as inflammatory bowel syndrome and others, but more importantly, there are reasons why cannabis consumption can help strengthen the gut microbiome to benefit other processes that go beyond the gut.

Meanwhile, a 2020 study shed more insight on the connection between changes in gut microbiome and depression as well as other mood disorders. Until then, it wasn’t clear how gut bacteria affected depression and similar conditions.

But these findings revealed that there is a possibility that when there are changes in the gut microbiome, this causes a reduction in hippocampus activity, followed by improvements in depressive symptoms. For this study, the researchers started by analyzing the microbiome changes in mice models with depression caused by stress, and compared it with the gut microbiome of healthy rats. “Surprisingly, simply transferring the microbiota from an animal with mood disorders to an animal in good health was enough to bring about biochemical changes and confer depressive-like behaviors in the latter,” says co-author Pierre-Marie Lledo.

“In sum, our data shows that microbiota dysbiosis induced by chronic stress affects lipid metabolism and the generation of eCBs [endocannabinoids], leading to decreased signaling in the eCB system and reduced adult neurogenesis in the hippocampus,” wrote the researchers. “This might be the pathway, at least in part, that links microbiota dysbiosis to mood disorders, which in turn, may affect the composition of the gut microbiota through physiological adjustments and modulation of the immune system.”

While the pathway that was discovered by the researchers isn’t the only gut-brain system that affects our mood, keep in mind that there are other factors at play such as environmental stresses that can also worsen depression.

In addition, the closure of the gut-brain barrier can also occur among people with gut disorders particularly inflammatory bowel disease, leading to anxiety and depression, reports another study. “For the first time, we have an understanding of the molecules involved in the process and how endocannabinoids and cannabinoids control inflammation. This gives clinical researchers a new drug target to explore to treat patients with IBD,” said Prof. Beth A. McCormick, lead author of the study.

These are just some of the many benefits that cannabis has for the gut microbiome.

The studies clearly point to the suggestions that regular cannabis consumption is indeed beneficial for the gut microbiome, and helps balance it out so that the bacterial species that are good for you thrive, while the bad ones don’t. 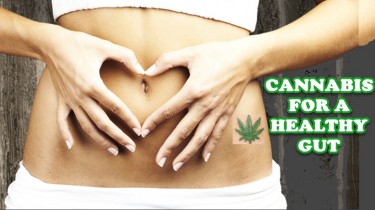 CANNABIS FOR GUT HEALTH, YOU BET, READ THE STUDIES! 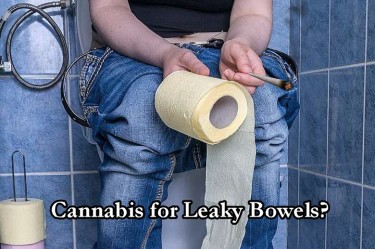 CANNABIS FOR LEAKY BOWELS, READ HOW IT HELPS!

Timing is Everything – When Will the Cannabis REIT Canary Fall?